Ypsilon Electronics was founded in 1995 by two sound engineers with extensive experience in the field of live music reproduction. With a background in electronics engineering and careers forged in setting up audio systems for live concerts, Demetris Baklavas and Fanis Lagadinos set out to develop audio equipment that could reproduce music in a way that is true to the original recording.

Key to this vision was the realisation that their designs had to be uncompromising in their ability to communicate the real essence of music….emotion.

Their quest to push the limits of musical reproduction led them on a long journey of evaluating nearly all available technologies, components and circuit designs……a journey that led to the development and integration of transformers in their amplification circuits. They realized that by using high quality transformers as coupling devices it was possible to overcome the performance limitations in an amplification stage, whether it’s a solid stage or valve design.

Ypsilon now wind their own transformers in-house, often from the highest purity silver available and each transformer is specifically tailored to meet the needs of each design. Demetris implements the simplest possible circuit design for a given task and believes that single-ended class A operation offers the most transparent and musically complete sonic performance.

This design approach is unique in the world of high-end audio. Despite the high cost of implementing custom made pure silver transformers, nanocrystalline cores, pure silver wiring and ultimate level componentry, the result is a sound quality that has re-defined expectations about what is possible in sound reproduction.

A prominent reviewer recently remarked that an Ypsilon amplifier seems to poke into every nook and cranny of the performance space, seeking out the smallest nuances. Often, it’s the small details and their place within a performance space that make an instrument sound more lifelike and a performer more emotionally engaging.

Often appearing in some of the world’s most well-known reference systems, Ypsilon has earned a reputation as among the very best audio reproduction equipment available. 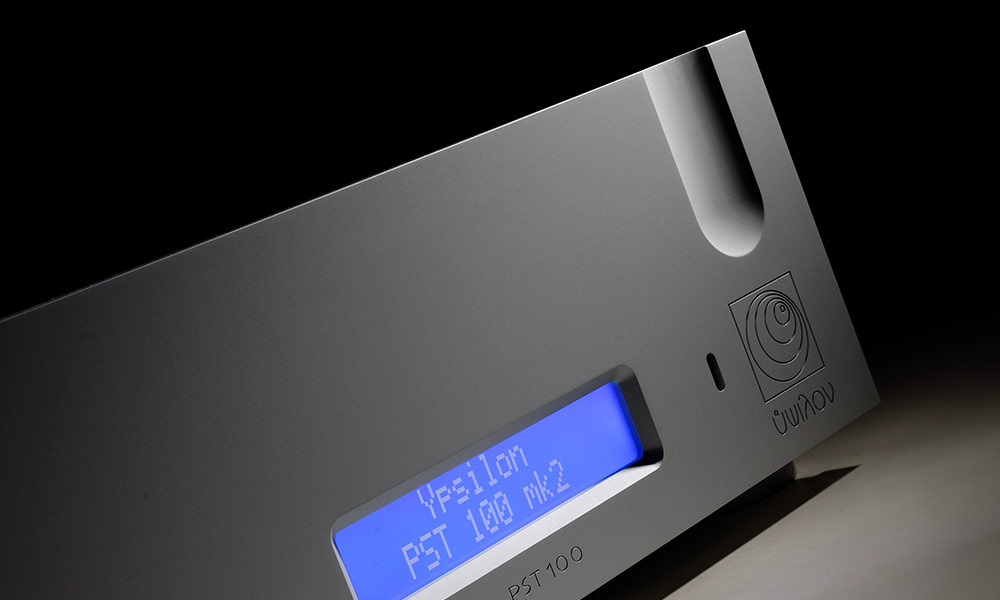 The use of transformers in high-end audio systems

In its simplest form, a transformer is a device that converts voltage and current for the purposes of connecting things together. Almost every audio device employs some kind of transformer to convert the voltage from our mains supply into the voltage it requires internally.

Specially designed transformers can also be used to conduct audio signals between stages. The most common examples of such transformers is in the outputs of most vacuum tube amplifiers, interfacing the high impedances of valves to the low impedances of loudspeakers.

Small signal transformers can be used to great advantage in the critical path of audio components, provided they are of suitable quality however this is not common practice, mostly due to cost constraints and lack of expertise in the art of audio transformer design.

Audio transformer design is truly the place where art meets science – it’s not just about curation of exotic materials and requires a deep understanding of the nature of electromagnetism and its interaction within materials and winding structures. To properly comprehend the interplay of inductance, magnetic flux, permeability and music at all audible frequencies requires the mind of a physicist, the ear of a concert violinist, the attitude of a perfectionist and many years of experience.

In addition to inter-stage coupling functions, specialised transformers may also control volume. The weakest link in most audio systems is the volume control stage. As audiophiles, we concern ourselves with special cables and connectors made from precious metals in order to minimise loss of signal quality. Our precious signal is preserved right up to the volume control stage where we typically throw most of it away in the form of heat!

The cheapest and simplest type of volume control is a simple variable resistor, also known as a rotary potentiometer. Potentiometers are used by most manufacturers simply because they are simple and cheap. Even the highest quality resistors that can be used in these commonly applied volume controls have a negative impact on the integrity of the signal. At the other end of the scale, designers of very high-end preamplifiers employ all kinds of elaborate circuitry to create the most lossless, transparent volume control stages. Elaborate volume control stages can often account for the majority of the weight and cost of a high-end line stage. Custom designed, pure silver transformers made in-house by Ypsilon have developed a reputation of being at the pinnacle of performance in this application.

Of all of the possible methods of controlling volume, one ‘classical’ method, the transformer attenuator, has never been surpassed for its ability to provide control without compromising quality. Transformer attenuators were once commonplace in the highest quality vacuum tube based studio mixing consoles of the 1950’s but they gradually fell out of favour due to size, weight and cost as the trend for more densely packaged, multi-channel consoles developed.

So, why don’t more Hi-Fi manufacturers use transformer attenuators? The main reason is that, unlike rotary potentiometers and VGAs (Variable Gain Amplifiers), Transformer Attenuators are not simple and cheap to make. They require a degree of expertise and an uncompromising commitment to audio quality that is only found at the very pinnacle of audio engineering. 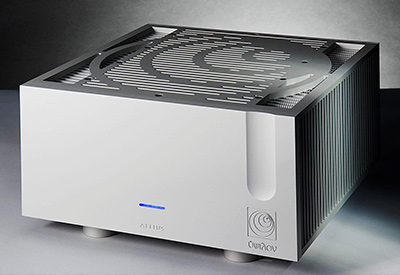 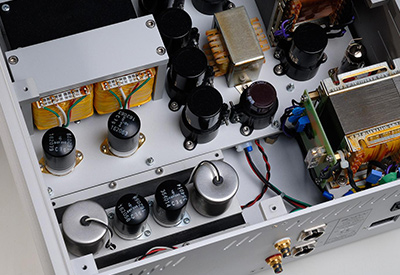