Based in Berlin, Frank Schröder has a well-earned reputation as being among the select few who make the finest audiophile tonearms in the world today. Each Schröder tonearm is meticulously machined and assembled by hand. Built with rare precision and craftsmanship, they are admired for the refinement and purity of their design as well as for their exceptional sound quality. If a high degree of fidelity and utmost naturalness is high on one’s sonic priorities, a Schröder tonearm is a standard of reference.

Schröder tonearms are also known as being objects of beauty but underpinning their elegant form is an eloquent engineering brilliance. The apparent simplicity of the design belies the complexity of creating a high performance tonearm that plays such a critical role in the analogue audio system.

Such is the demand for his creations, that waiting times can be long but the wait is definitely worth it. Apart from being rare objects of beauty, Schröder tonearms are known for imparting very little of their own character to the re-creation of the musical event. This ‘sonically invisibility’ is highly desired in high end audio as it results in a more accurate reflection of what is on the record. 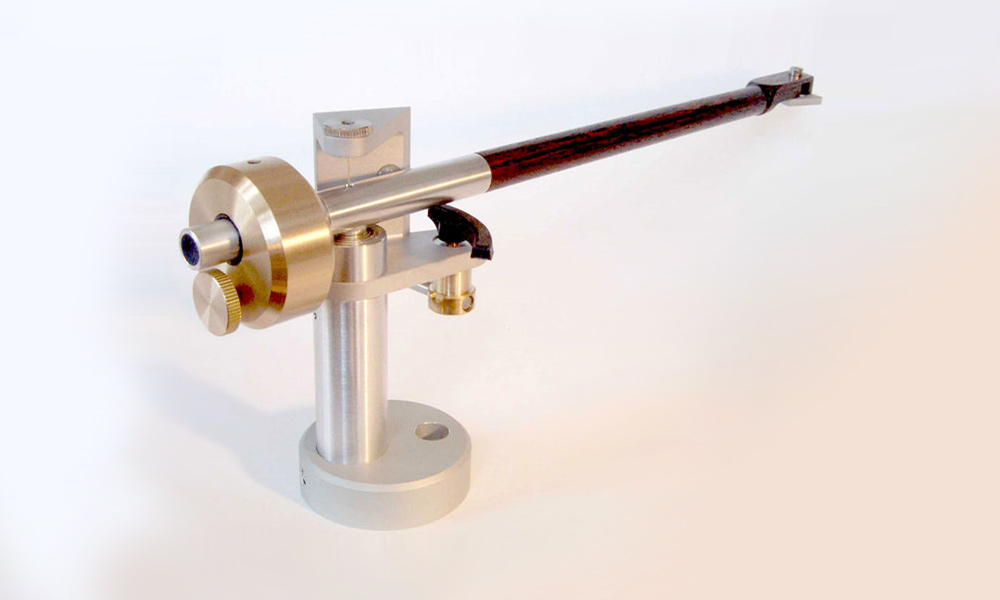