Döhmann Audio are music lovers and vinyl fanatics who believe that to unlock the potential of the information contained in the grooves of a vinyl record and to experience absolute emotional engagement with an artist’s work, it takes an audio system where attention has been placed on the smallest details and time has been taken to perfect the design.

Inspired by the unique vision of audio designer Mark Döhmann, Döhmann Audio leads a no-holds-barred assault on what is possible in contemporary audio turntable & tonearm design. Acknowledging the legendary pioneers that have come before them, they strive to create the most advanced analogue audio systems available today.

Incorporating state-of-the-art technologies that have previously never been applied to audio applications, Döhmann Audio create heirloom quality industrial works of art that aim to give their customers ultimate enjoyment of their record collection.

Every Döhmann Audio product is made in Australia and is designed against the standard of perfect audio reproduction – live music.

As the stylus of a cartridge moves through the groove of a vinyl record, the vibrations created by the groove are converted to electrical signals through a coil in a magnetic field. The electric signals are carried along wires to the amplifier which enhances the power of the signal. Since vibrations are converted into a signal which eventually is converted into sound, we can see that any extra vibrations that are picked up by the stylus influence the purity of the signal and hence the sound quality.

Therefore, the Holy Grail of analogue audio design is to eliminate as much of the unwanted vibration (resonance) as possible so that the stylus can interact with the groove and ONLY with the groove, thus picking up all the musical information without interference or influence by any other phenomena. It is actually impossible to completely eliminate all unwanted vibration, but the more successful you are in reducing it, the better the sound quality achieved. All turntable designs attempt to deal with these resonances to some degree.

What makes Döhmann Audio unique is the extreme effort they go to ensure that these unwanted vibrations are kept away from the signal path.

For example, to isolate the Helix One and Helix Two turntables from ground transmitted vibration, instead of using common suspension systems based on springs, rubber, plastic, foam, air or spikes which have serious limitations, Döhmann Audio use a revolutionary Negative Stiffness Mechanism (NSM) from MinusK Technology USA who developed this isolation technology for electron and atomic force microscopy and other applications that are very sensitive to resonance. This significantly mitigates low frequency vibrations up to approx. 100Hz.

If we simply place a turntable on a MinusK platform (as many people do), it helps to reduce low frequency vibration but frequencies above 100Hz get transmitted through the platform to the turntable. The turntable’s own built-in isolation system then needs to be specifically tuned to deal with these higher frequencies. Most turntables are not designed to specifically sit on an isolation platform and work completely in harmony. One example is the rotating platter mass at 33rpm will have a natural frequency of 0.55hz. So the turntable itself will generate its own “seismic” vibrations. This is a major source of noise being created by the very system a designer is trying to isolate from the external world. 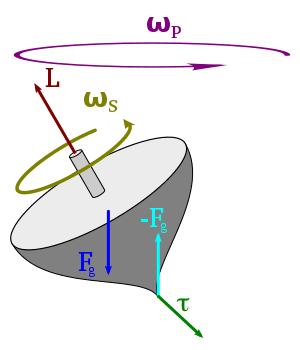 Then add the greater issue of tall heavy platter systems sitting high on a 6 degree of freedom (x,y and z axis) compliant low frequency isolation system like the MinusK and you will see this causes precessional instability due to the high centre of mass of the platter behaving like a spinning top children’s toy toppling about. This is why just adding a MinusK to your existing turntable is not the same as the Helix architecture.

The Helix 1 and 2 cleverly distribute the table mass around and below the MinusK internal mechanism to lower the center of mass and deliver unparalleled stability in the platter precessional modes via a low-slung greater mass than the platter mass. This is one reason why the Helix is ‘not just a platter stuck on a MinusK’. The spinning platter mass is being stabilised in a greater chassis mass distributed low and evenly. 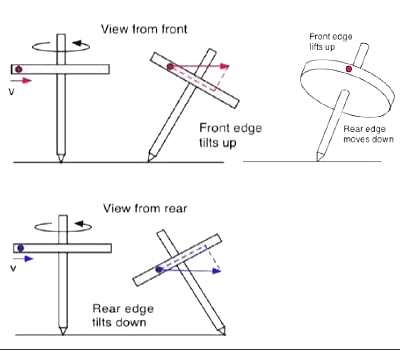 Solid mounted turntables do not isolate well. They try to use mass to absorb vibrations. Some demonstrations might show vertical stability based on the floor and bench mounting being solid in the vertical plane but on flexible wooden floors these designs suffer. Horizontal vibrations are also present in the environment (just ask anyone living in tall buildings or in cities affected by the tectonic forces that cause earthquakes and tremors). This problem also affects laboratory instruments such as electron and atomic force microscopes which like a phonograph cartridge are very susceptible to vibration intermodulation distortion.

In addition, the higher frequencies often interact with the turntable’s own isolation system which causes further problems. To avoid this, Döhmann Audio worked with MinusK to create a special version of the platform that is tightly integrated into the turntable chassis to create a seamless transition from low to high frequencies. The isolation system is a part of the entire mechanical structure so there is no unplanned interaction between two disparate systems.

The critical question then becomes, what about the frequencies above 100Hz?

Here’s where the Döhmann technologies come into their own. The Helix turntables have a mechanical crossover system which creates a smooth continuous pathway to channel vibrations of higher frequencies away from critical areas on the turntable. The proprietary TDS technology uses a pre-stress accumulation release (PAR) strategy to isolate and dissipate vibrations inside the chassis.

Furthermore, the motor, bearing and armboard are on separate plates that are significantly isolated from each other, making it extremely difficult for energy to transfer between these critical areas. A unique arm board damping technology is used which further dissipates energy and is a major contributor to the sound quality.

We call this entire wholistic approach our Micro Signal Architecture© (MSA). MSA is a cohesive design approach that uses the most advanced available techniques to remove physical and mechanical vibration and electrical noise.

So well beyond simply integrating a MinusK isolation platform into a chassis, Döhmann Helix One and Two turntables incorporate the latest resonance mitigation technologies available to ensure that the stylus of your cartridge has the greatest chance of extracting the vital information from a vinyl record without suffering the effects of unwanted resonance. These technologies have never been applied so comprehensively to audio playback systems before and are not available any other commercially available brand of turntable.

Is it worth all this cost and effort? If you are searching for the most direct connection to the emotional message of the music, if you are looking to experience the purest enjoyment of your analogue music system… we think so!