When Sony needed to transform SACD from an intriguing concept into a sonic reality, they turned to one of the world’s leading experts in digital converter design: Ed Meitner.

In those early days, Ed’s EMM Labs worked hand-in-glove with Sony and Phillips to refine what was possible from the format and to establish the unparalleled sonic purity for which SACD is now known.

The company soon developed the first complete multichannel DSD playback system from disc to preamplifier. And quickly became one of the industry’s most respected makers of high-resolution audio recording and playback products. These distinctions were achieved by the unique amalgam of talent assembled by EMM Labs—physicists, engineers and music lovers alike—working as a team to create the most faithful music production and reproduction equipment available.

Today, EMM Labs converter systems are the de facto DSD reference of the recording industry. Currently, almost every new SACD in production is being made with their DSD converters. EMM Labs is bringing the same peerless level of performance into audiophile homes throughout the world. Their latest products are designed for a wide variety of applications and are, without question, the most sophisticated expression yet of EMM Labs innovation and technology.

“As we enter our new Roaring Twenties, high-end audio is often not deemed a decent value proposition. It could take the price of a car to buy great sound. Perhaps it always has, but that doesn’t mean it has to stay that way. Our goal, at Meitner Audio, is to make truly high-end audio more accessible to more people. Having access to the ground breaking technology developed by EMM Labs, we’re uniquely positioned to realise that goal.”

Ed Meitner is considered to be a living legend among the audiophile and professional recording communities alike for his contribution to the pursuit of high quality music reproduction. EMM Labs and Meitner Audio work together to bring the results of this unrivalled technology to our homes. How often do we have an opportunity to use equipment made by the very person who brought DSD technology to life and has led the way for DAC technology development? 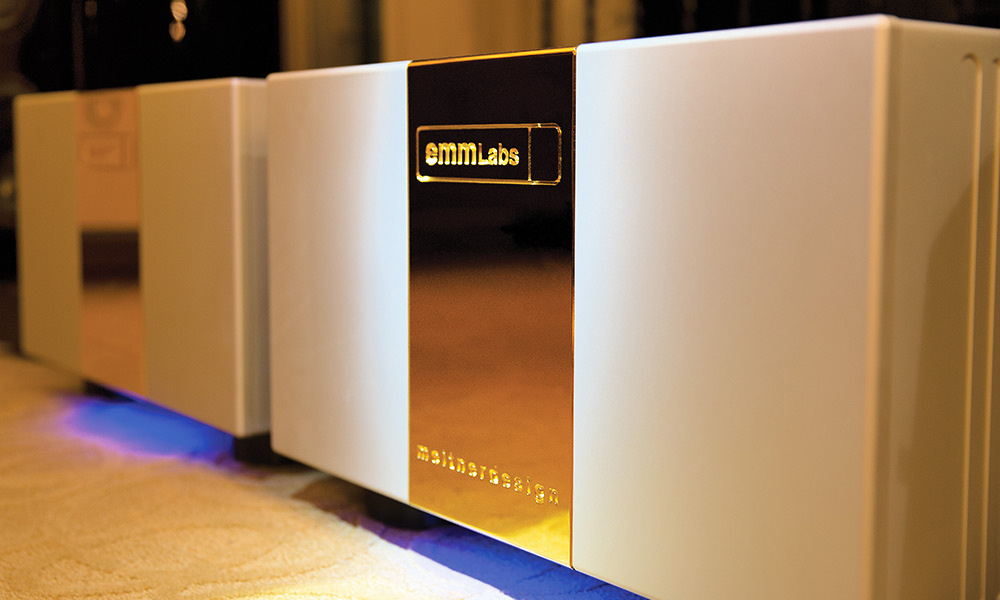 In a career spanning decades, perhaps Ed Meitner’s greatest achievement is simply being known for creating music production and reproduction equipment that’s unerringly faithful to the music itself. When it comes to the digital domain, that aspiration is what drives all the research, the advances and technological breakthroughs. It is one thing to be at the forefront of that discipline, constantly pushing the envelope forward. But it is another thing to actually achieve ‘that sound’ that everyone aspires to.

Ed’s career has many highlights. For example, the analogue mixing consoles Ed designed back in the early 1970’s for Olive Electrodynamics Company are still sought after today. So too are his Museatex and Melior audiophile products. His original thinking in the field of audio design led to several patents including:

Ed continues setting the bar at higher levels today with his new ideas, innovations and technologies being developed and bought to fruition by EMM Labs & Meitner Audio.

What do Studio & Professional Clients think of Ed Meitner’s products?

Ed’s converters are the first DSD converters that was superior to anything I have ever heard. It is not an overstatement to say that Ed’s analog to digital and digital to analog DSD converters have set a new standard of sound quality for digital audio. It turns out they are great PCM converters as well.
Bob Ludwig, Gateway Mastering Studios
(Phil Collins, Led Zeppelin, Madonna, Mariah Carey, Nirvana, and many more…)
Ed Meitner’s designs are the reference point for anyone serious about very high performance audio.
George Massenburg, George Massenburg Labs
(Multiple Grammy Award winning Engineer/Producer)
One of the main reasons our client are happy with the high-rez work we do is that it’s done using Ed Meitner’s converter.
Bernie Grundman, Bernie Grundman Mastering
I have used the ADC8 and the DAC8 on my recording projects and have never had such an overall satisfying recording experience. These converters are so transparent and accurate that they have changed the way I work.
Tom Jung, Recording/Mastering Engineer, DMP Records
I will not do a session without out EMM Labs DSD converters or Switchman, they have become that much a part of my essential must-have list!
Michael Bishop, Chief Recording Engineer, Telarc International Corporation
The sonic purity and transparency of the Meitner converters have been key in Telarc’s success in using DSD technology to make the best sounding SACDs that can be produced. All of Telarc’s pure DSD/SACD titles have been made using Meitner converters.
Bob Woods, President and Recording Engineer, Telarc International Corporation
Ed Meitner’s designs of audiophile equipment are and industry benchmark. He is now at the forefront of the movement to DSD technology.
James Guthrie, Grammy Award Winning Producer/Engineer (Pink Floyd)
I was recently playing back a SACD master through Ed Meitner’s great converter, and I was starled at the realism of it. I was a trumpet player when I was in college, and believe me – this sounded like a real trumpet in my room.
Edwin Outwater, President, Musiktech Advisors Inc.
Recording/Mastering Engineer (MGM, Polygram, Warner Bros)
The Meitner converters were leagues better than anything else available. Today, Ed’s converters are the benchmark. If you are serious about high-resolution and audio in the general, DSD in particular, there is no other reference.
Shawn R. Britton, Chief Audio Engineer, Mobile Fidelity Sound Lab