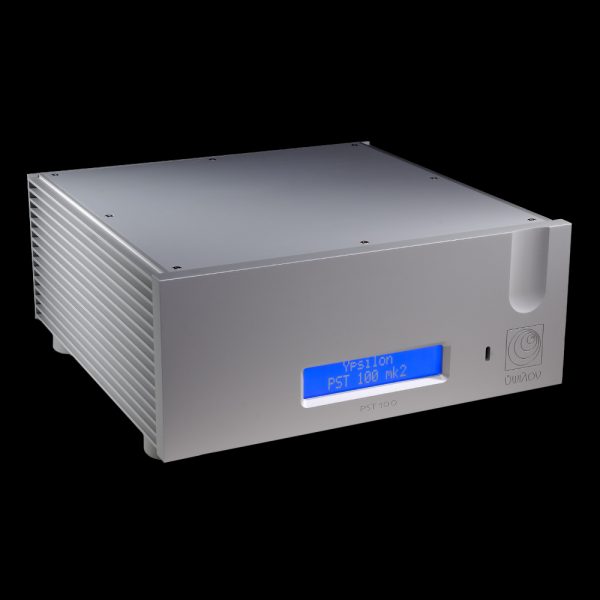 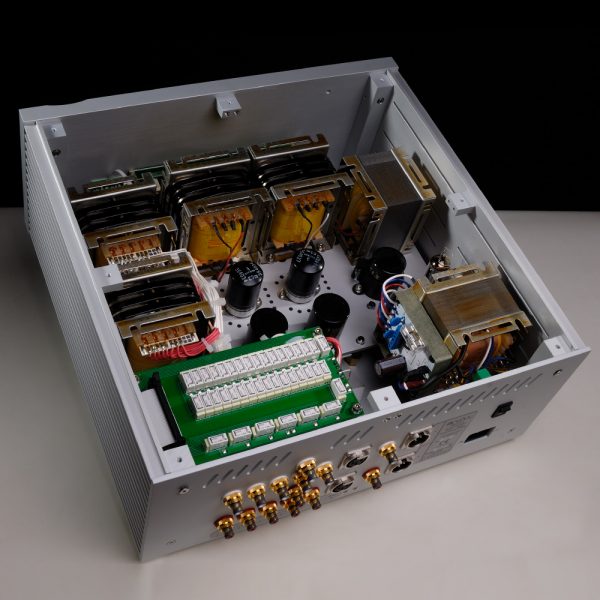 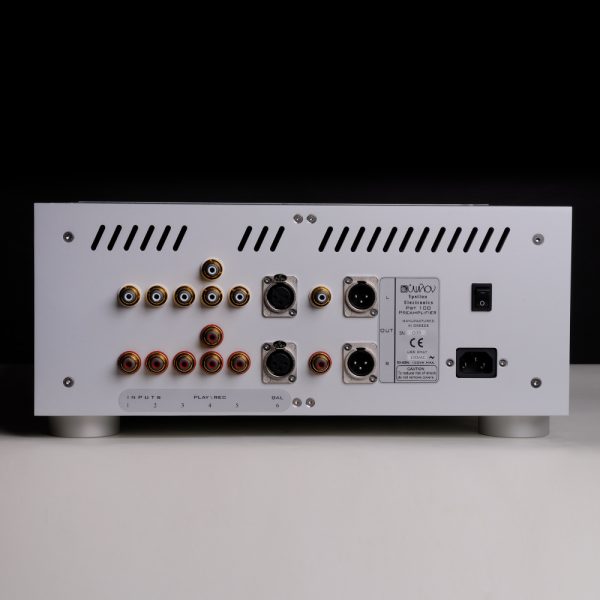 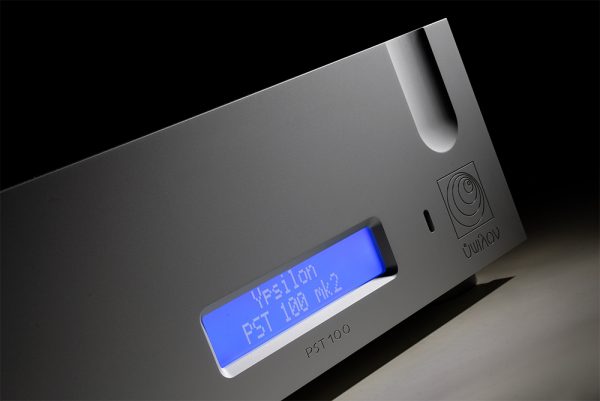 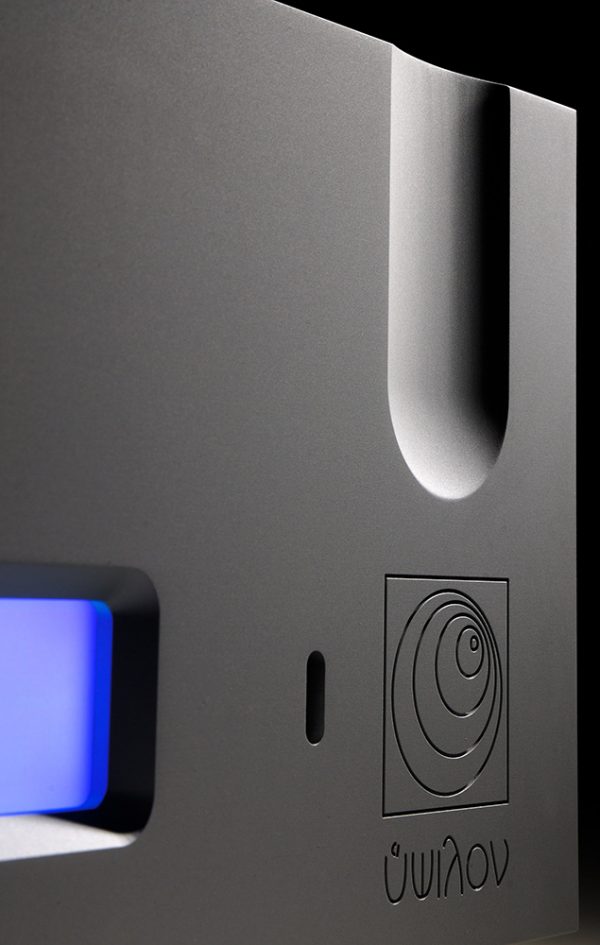 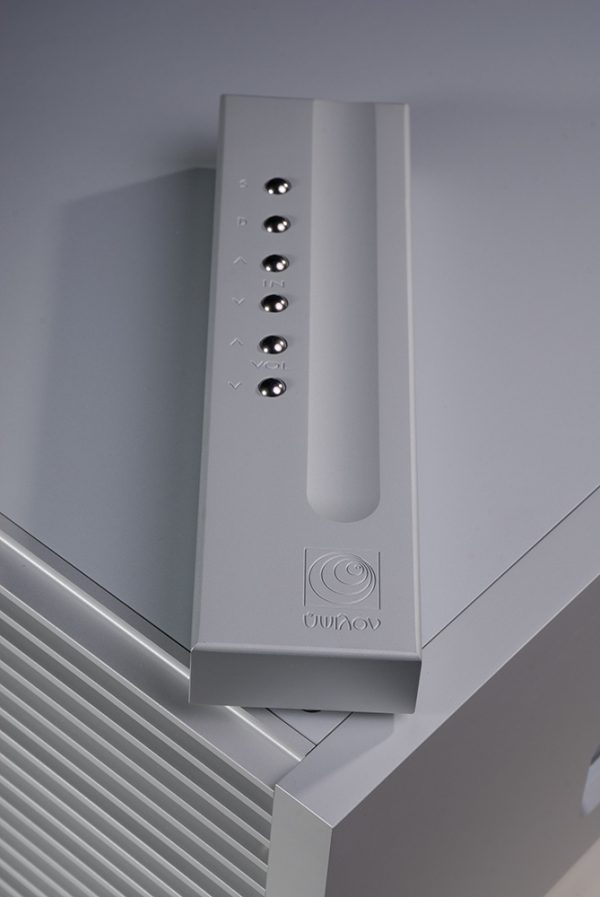 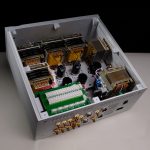 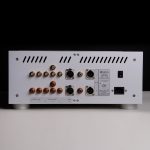 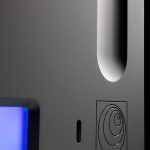 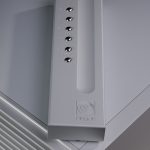 The PST–100 approaches the concept of pre-amplification in an outstanding way. At its heart are the in-house made transformers used for attenuation. In addition, its valve state circuit combined with exquisite materials produce the finest and most elegant sound that any pre-amplifier could ever achieve.

Conventional wisdom suggests that the most critical part of a pre-amplifier is the active circuit design. However, Ypsilon believe that the means of signal attenuation (the volume control) is the most critical to the overall sound of a preamplifier. Most designers use resistor attenuators for volume control. Ypsilon have used resistor attenuators with high quality resistors (eg. Vishay) in the past, but felt unsatisfied with the character they induced in the signal. Ypsilon developed a very special transformer as the means of attenuation, using special winding techniques and highest quality wires and cores. Its performance surpassed that of the best resistor attenuators. In a transformer the magnetic circuit can be ultra linear when the very best core materials are used. The sound of such materials is much more musical and detailed compared with the best resistors. A transformer attenuator with 31 taps is used in the PST100 mk2 providing a total attenuation of 54db in its lowest tap.

The active gain stage is a no feedback S.E. C3M triode, transformer coupled. The power supply uses valve rectification (using the 6CA4) and choke filter. Wiring is point to point with custom made pure silver wire. The transformer attenuator is placed after the valve stage, preserving the purity and micro details of the signal. The gain is 16db. Output impedance is 150 Ω max.

The PST 100 mk2 represents the pinnacle in preamplification and is an essential component if you are building a ‘no-holds-barred’ system.

Stereophile, Michael Fremer, 2014
For now, the Ypsilon PST-100 Mk.II is the most transparent and, therefore, the most perfect audio component I have ever heard—or not heard.
Read Review
Positive Feedback, Marshall Nack, 2014
Here’s the scoop: For those who are looking for a little bit of creature friendliness served up along with excellent grades on the audio scorecard, you’d be hard pressed to find better than the PST 100 Mk II at any price.
Read Review
Dagogo, Ed Momkus, 2009
there is no disputing the fact that this is a preamp that stands at the pinnacle of sonic splendor.
Read Review