Graham Engineering has been making tonearms since the mid-80s. Throughout that time, company founder and designer Bob Graham has been refining his designs for better performance.

After starting with the original uni-pivots (the Excalibur and Graham 1.0 through 2.2 Deluxe), the company introduced its first “stable” uni-pivot around the year 2005 with the introduction of the Phantom B-44. The B-44 was stabilized by a patented Magneglide magnetic-stabilization bearing interface, which continues to be a part of the Phantom series ’arms as they have advanced in design. The progression of the Phantom series after B-44 over the ensuing years has been Phantom II and Phantom II Supreme.

The available tonearm models in the range today are the Phantom III and the flagship Phantom Elite. Through a slow and steady process of evolution, Bob Graham has taken his original design, refined it, added his magnetic stabilizer technology and created the ultimate expression of the uni-pivot tonearm. 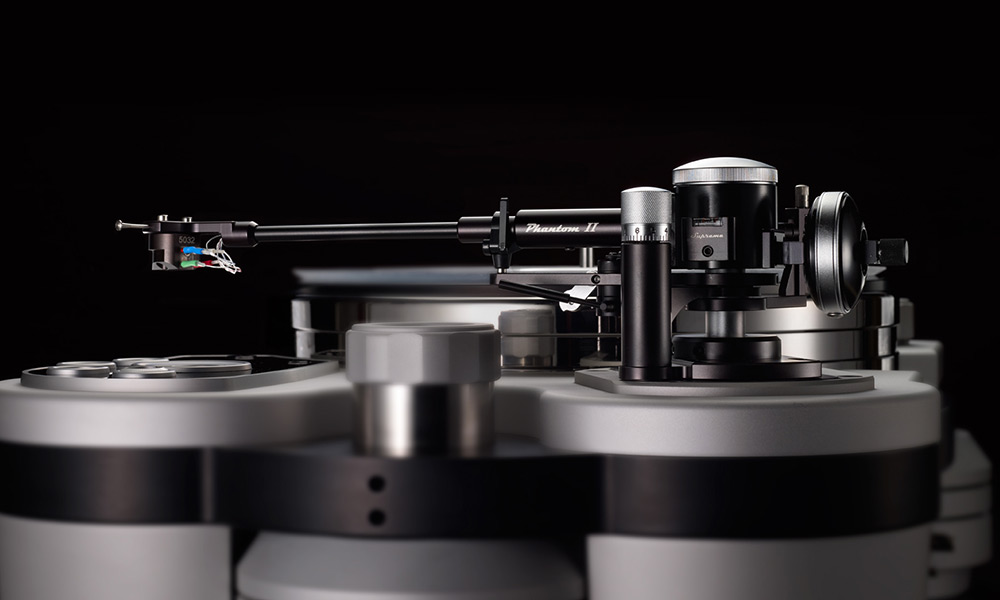