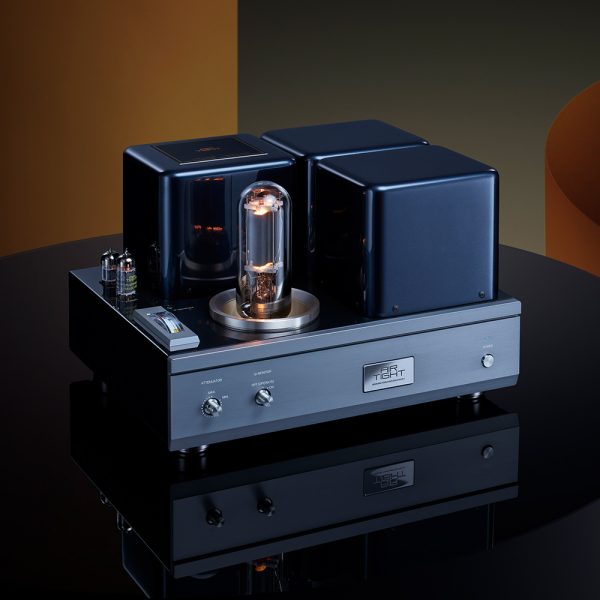 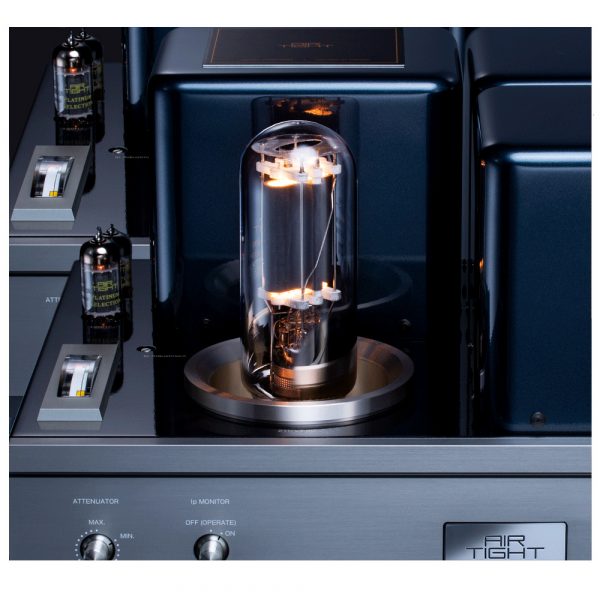 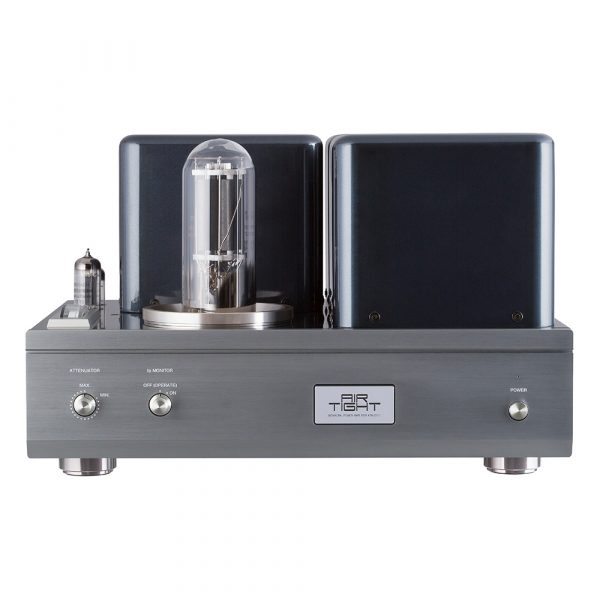 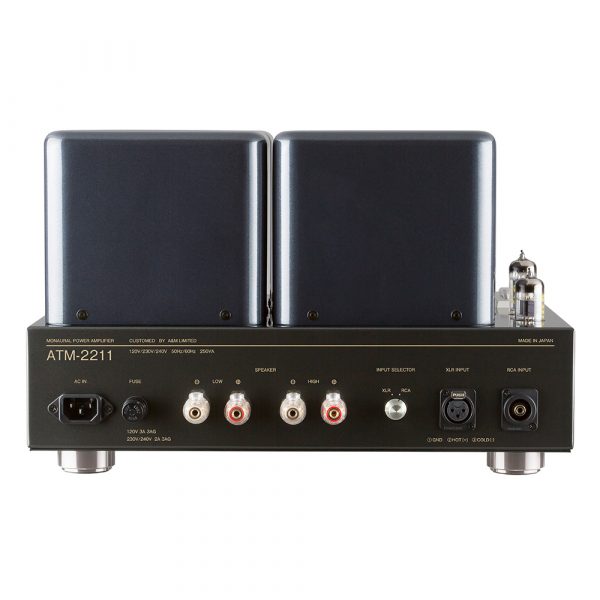 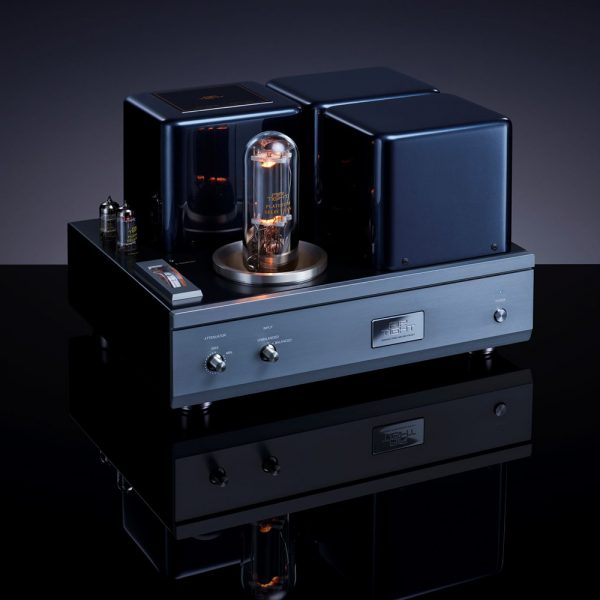 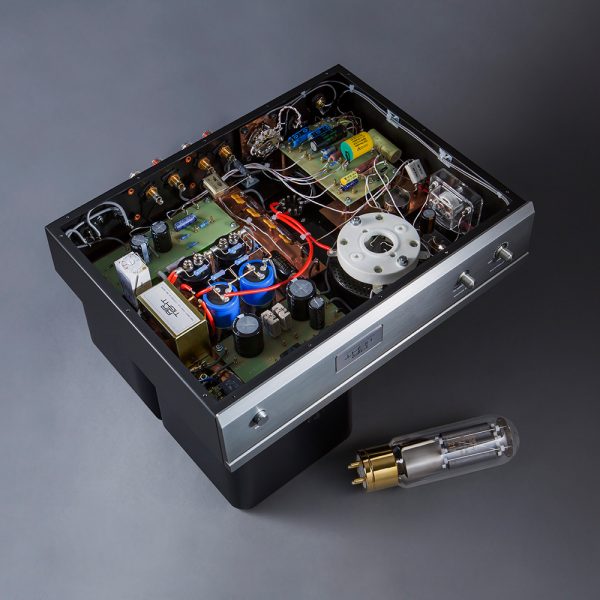 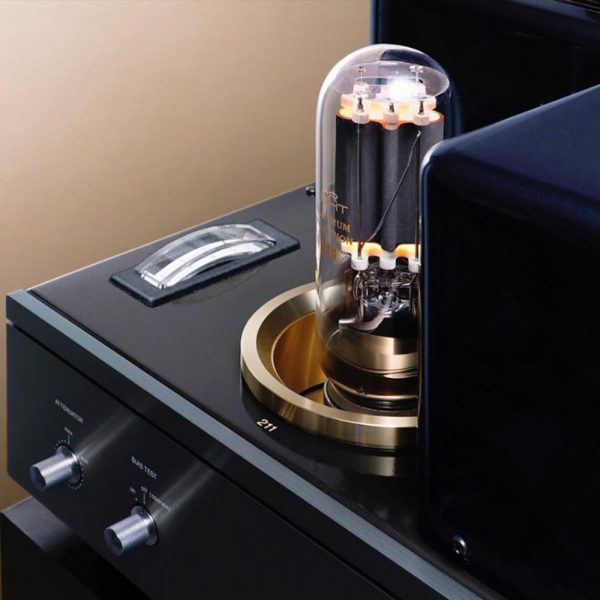 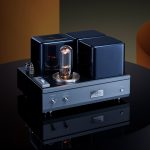 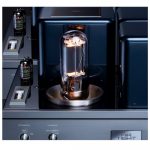 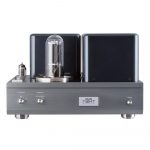 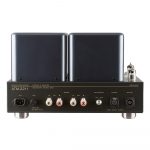 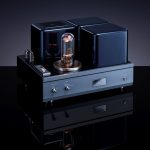 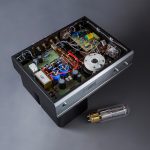 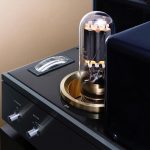 There are valid reasons why many audiophiles believe that single ended amplifiers can provide ultimate musical enjoyment. They are often perceived to have a purity and immediacy which to use a some commonly used descriptions, ‘lifts the veil’ or ‘opens the window’ into the music. Nevertheless, single ended designs have often been limited by their low power outputs which required the use of high efficiency speakers. Well-designed high efficiency speakers that deliver deep bass are rare and expensive. So over the years, enthusiasts who wanted to use single ended amplifiers had to either live with their limitations, go DIY or make a serious investment in speaker technology.

As a result, many audiophiles have developed the opinion that the ‘Holy Grail’ of amplification would be a single ended amplifier that developed enough power to properly drive real world modern speakers. These rare designs are highly sought after and in the opinion of many people, the true definition of high-end.

To answer this challenge, Air Tight launched the original ATM-211 in 2001. It was a dual chassis monoaural (mono black) power amplifier using the 211 tube and it was a ground-breaking design which rapidly became known as one of the best amplifiers in the world. To commemorate the company’s 35th anniversary, Air Tight have now replaced the ATM-211 with the new ATM-2211.

The new amplifier does not to use the overall Negative Feedback (NFB) from the secondary side of the output transformer but instead applies a large amount of NFB from the plate of the 211 output tube to the first stage.

Research and listening test proved that this change resulted in an increased drive, penetration and energy in the sonic presentation. The timing and rhythmic qualities of the music became more focused and the soundstage widened. Air Tight capitalised on the improvement in the technology of modern componentry and selected the best possible parts to supplement the single ended circuit. The power output was raised to 32W.

The ATM-2211 uses fixed bias method and DC ignition for the filament. For the LP monitor and bias meter, a large vertical type was incorporated for easier viewing and adjustment setting. Replacing the 211 output tubes is easy because the dial corresponds both to the plate loss 75W type vintage 211 tube and the conventional VT-4C plate loss type 211 tube.

Another upgrade from the original ATM-211 is that the new ATM-2211 uses independent power transformers for high-voltage and low-voltage. The choke coil (which can be said to be the heart of the single-ended amplifier) is made of layers that do not use the traditional bobbin and are specially made to withstand high voltages. This choke coil is custom hand-crafted by Japanese craftsmen piece by piece, and it makes a significant contribution to realising a sound stage with clarity, dynamics and low frequency resolution. The output transformer is a high output version made by Hashimoto Electric Co. Ltd. for ultimate low frequency performance.

The main chassis is Air Tight`s traditional monocoque construction that controls resonance and maintains the mechanical strength of the amplifier. A thick pure copper sub-chassis is suspended from the main chassis to support the main amplification board and the power supply section on which the large block capacitor is placed. The main chassis has a structure that uses a threaded stud where the head of the screw is externally invisible, and this ensures electrical conductivity by pressing the boss into the chassis. The thick front panel was machined from a thick Aluminium block.

WBT Speaker terminals are separately equipped for high (8Ω) and low (4Ω) output (16Ω can be selected as a factory set option). The input terminal is equipped with selectable RCA and XLR terminals. When the power is turned on, a built-in timer relay is activated and a plate voltage is applied with a time difference. This protects the output tube when the power is turned on and protects the longevity of the power supply.

Finally! Single ended sound for real world speakers. The ATM-2211 builds on the reputation that the ATM-211 cultivated for almost 20 years. It takes that same philosophy, updates the design and technology and presents the audiophile community with a new pièce de résistance. Is 32W enough to drive your speakers? If your speakers are 88-89dB and higher, 32W should be plenty. The ATM-2211 offers you 32 of the most sublime, transparent, dynamic, ethereal, enjoyable watts that you will ever hear!

Please note that each of the product specifications relate to one chassis (one channel). The amplifier system consists of two chassis or mono blocks (one per channel).