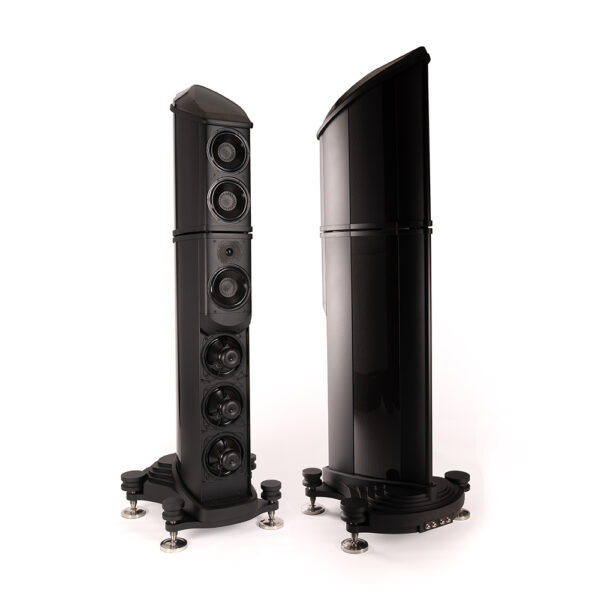 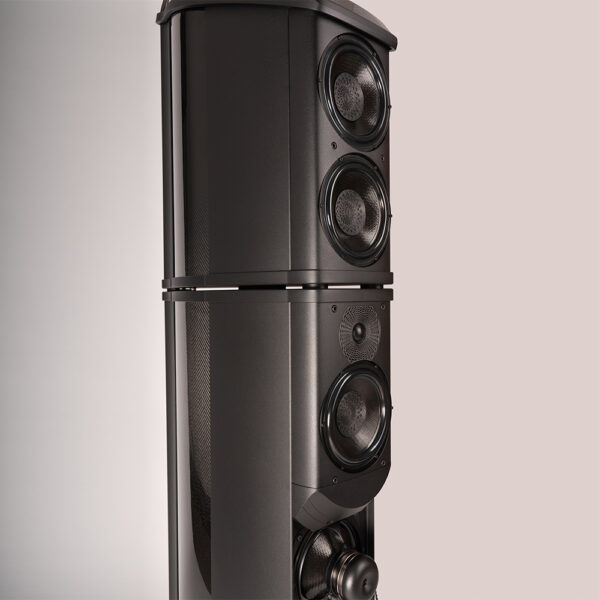 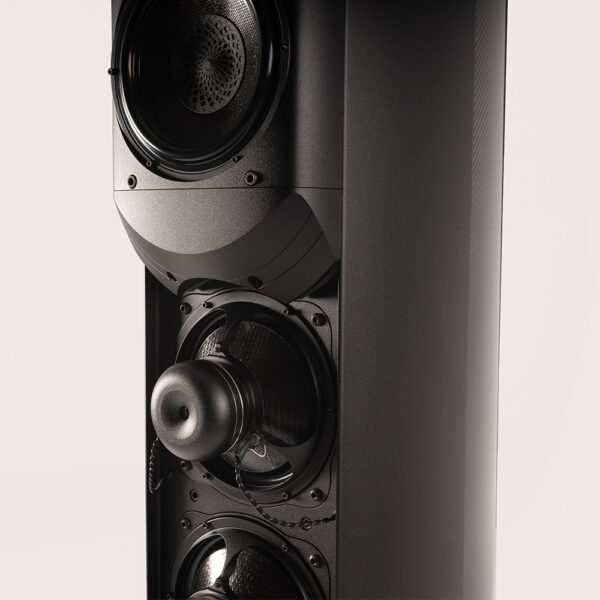 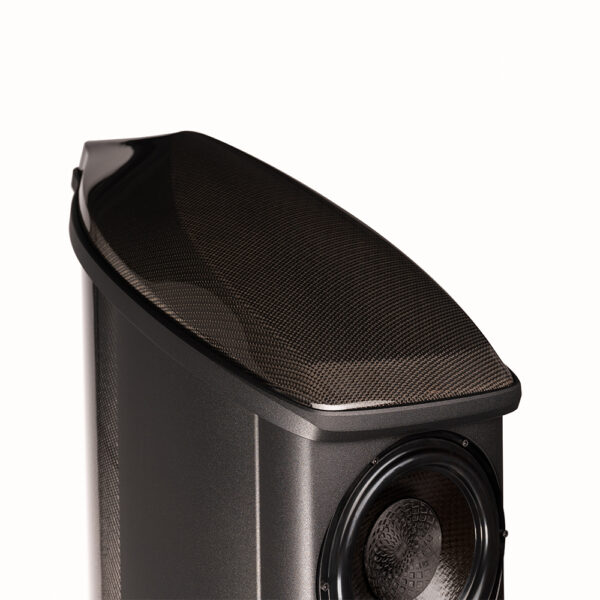 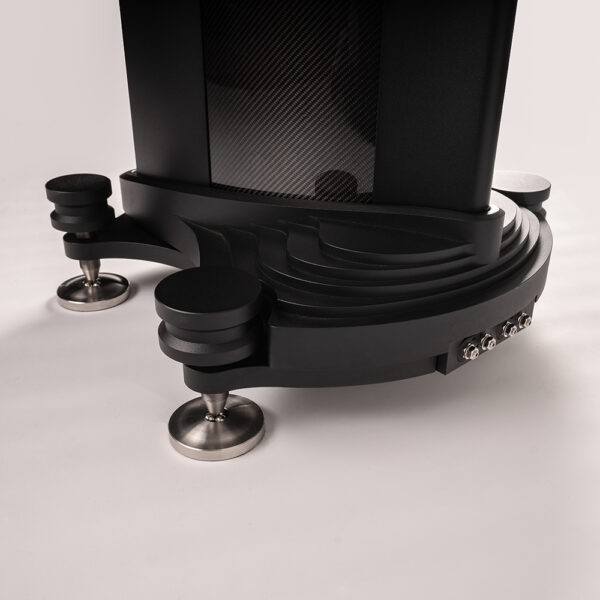 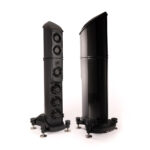 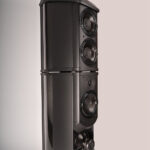 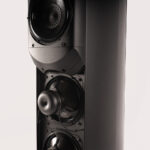 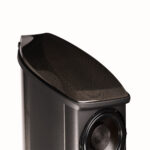 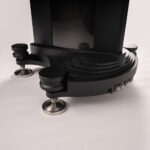 Omnium is a celebration of the ‘modular design’ that Wilson Benesch added to their design philosophy when it released the ground-breaking Odyssey Range back in 2001. With each new design, the modular design approach builds upon the subtle lessons of its predecessor. Like the Porsche 911, the Omnium is then not a singular design, but rather the latest evolution of a living lineage – more than 30-years of incremental improvement in the pursuit of genuine world class audio reproduction. It is this heritage that can be seen to have honed every single detail of the new Omnium loudspeaker and serve to make the Omnium one of the most accomplished loudspeakers in the world, both in terms of unprecedented technology and unbelievable sound quality.

Omnium – from the Latin “of all”

The name Omnium was chosen in recognition of this landmark, the name means of all, and it is a reference to heritage of three decades of research and development that has come before it. Whilst the Omnium references all that has come before it, it is also a product that marks the dawn of the next generation of materials technologies developed through a collaborative research and development project – SSUCHY. On the 9th February 2022, Wilson Benesch Design Director Craig Milnes was one of twenty project partners to present in public for the first time, the outcomes of a Four-and-a-half-year project entitled SSUCHY (Sustainable Structural & Multifunctional Biocomposites from Hybrid Natural Fibres and bio-based Polymers). The world’s first ‘Green Loudspeaker’ is just one of numerous deliverables that was the ambition of the pan-European SSUCHY Project which began in 2017. Europe’s ‘Horizon 2020’ invested €7.4 million to enable 13 Universities, 4 SME’s and several Blue-Chip companies to come together, collaborate and innovate. The objective was to deliver cutting edge science and materials technologies required by the circular economy – with the mission to replace oil based non-recyclable materials or in effect deliver next generation materials technology.

In 1994 the A.C.T. One loudspeaker disrupted the audio market. The curved carbon composite flanks, sloping top and metal baffle were radically different from the wooden enclosures of the day. The A.C.T. One loudspeaker was based upon the same honeycomb Nomex core and skins of Carbon Fibre prepreg that had been researched and used in the development of the Wilson Benesch Turntable. In 1999, P.E.R.A. International collaborated with Wilson Benesch to enable the company to commit to investing in Resin Transfer Moulding (RTM) manufacturing technologies. Wilson Benesch was one of four organisations to pioneer this process in the United Kingdom. The successful results paved the way for the development of the Odyssey Range that was launched in 2001. Thanks to continual reinvestment of profits made by the company, the move to Vacuum based systems or VRTM soon followed and in 2011 the Geometry Series was launched. Wilson Benesch’s proven track record of successful collaborative R&D project outcomes and manufacturing excellence was central to the invitation for Wilson Benesch to become a partner in the SSUCHY Project.

SSUCHY brought together scientists from across Europe who are at the very forefront of developments in their field. Together with applied engineering expertise it has been possible to accelerate work that would have taken decades for even the largest of companies. The scientific understanding of how the materials behave at the microscopic level has been validated by measurements of the actual materials. The outcome for Wilson Benesch, is the new A.C.T. 3Zero Monocoque. This advanced composite technology structure is the largest single component in the Wilson Benesch loudspeaker enclosure, and it is at the heart of the Eminence loudspeaker. The independently supplied data shows that in terms of both stiffness and damping, the monocoque delivers significant (orders of magnitude) superior damping capabilities than the previous generation A.C.T. Monocoque.

The A.C.T. 3Zero Monocoque is constructed from natural materials that are both renewable and sustainable. Through a collaborative effort with our partners, an exhaustive list of materials and hybridised structural layups were analysed, tested, and evaluated. The resulting biocomposite monocoque is almost entirely free of oil-based material use. Even the resin that the previous generation carbon fibre monocoque used has been replaced with a Bio Resin. Manufacturing is an energy intensive process, so as part of the SSUCHY Project, the manufacturing process has also been refined and optimised. Wilson Benesch’s Vacuum Resin Transfer Moulding (VRTM) manufacturing systems have been fully upgraded to the State-of-the-Art. Thanks to rigorous testing and development using Finite Element Analysis (FEA), the SSUCHY Team have been able to model and determine optimal resin flow and other critical settings for the VRTM systems. This means that the new A.C.T. 3Zero Monocoque at the heart of the Omnium now requires just half the energy that was used to produce the previous generation monocoque.

All of this investment, research, development and bio-carbon pioneering work is reconciled into a transcendent musical experience. More than 30 years of crafting, listening, developing, honing and refining result in a loudspeaker who’s transparency and emotional communication is so palpable, that once experienced it serves to recalibrate what you thought was possible from a loudspeaker. The Omnium is truly special, a once in a lifetime investment in having the ability to experience a new level of musical purity and enjoyment in your listening space. Thousands of hours of effort by many of the world’s most talented designers, scientists and artisans to strip away all that is not music and connect you directly to the source. If you value accurate, quality sound reproduction, you owe it to yourself to experience Omnium. 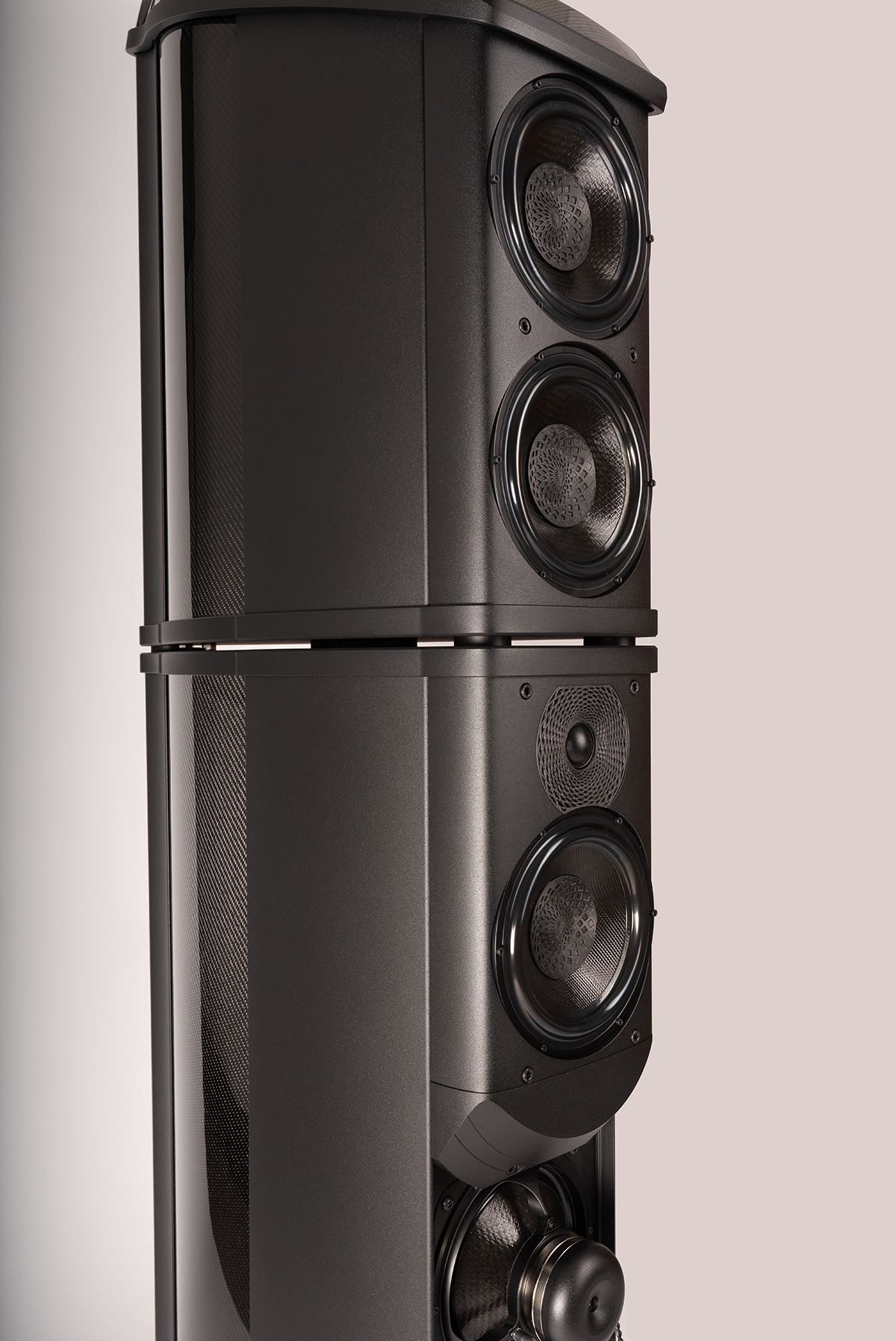 The midrange frequency band is where the human ear is most sensitive and thus was a key area of R&D focus. The resulting Troika System is a unique drive unit topology that is central to the success of the Omnium loudspeaker’s lucid and highly transparent soundstage. The topology sees the Fibonacci Tweeter flanked by a lower midrange / bass Tactic 3.0 driver above and an upper midrange Tactic 3.0 driver below. Not only does the Omnium have dedicated upper and lower midrange drive units, but these drive units are also acoustically tuned by a combination of cabinet air volume and individually specified drive unit design. The upper cabinet decoupling technology mitigates resonances to allow the drive units to operate unaffected by the surrounding drive units. Furthermore, both midrange drive units are coupled directly to the amplifier with no crossover components in the signal pathway, while the tweeter has just a single premium quality inductor in the pathway. The midrange is therefore free of any phase anomalies or signal degeneration associated with complex crossover designs – a super coherent, crossover-free midrange!

In 2012, Wilson Benesch introduced the Semisphere, the world’s first hybrid tweeter dome design based on Carbon fibre. The design highlighted our understanding of composite materials technology, specifically the need for damping as well as high specific stiffness in audio structures. The latest iteration of Wilson Benesch tweeter technology builds upon the Semisphere tweeter design pushing it into the next generation. The Fibonacci tweeter faceplate is formed from a carbon fibre composite structure, creating a geometrically optimised waveguide, tailored exactly to the unique output of the Silk-Carbon Hybrid tweeter dome. This faceplate and the motor is in turn decoupled from the rest of the tweeter chassis, achieving not only ruler flat frequency response and ultra-wide dispersion characteristics but also optimal frequency and timing integration with the Tactic 3.0 midrange drive unit. The proprietary Neodymium magnet – open architecture precision machined componentry ensures optimal energy paths for both acoustic and thermal energy; critical design considerations where super low distortion levels are aspired to.

A new generation of drive unit that adheres to a steadfast design philosophy, the Tactic 3.0 drive unit retains the isotactic polypropylene cone which offers the optimal balance of stiffness and damping. This unique blend of material properties allows Wilson Benesch to maintain the crossover free, directly amplifier coupled design for the midrange drive unit. The direct link maintains zero-phase distortion. It is the harmonious relationship between these two elements that opens the heart of the music, providing the listener with a realistic, immediate, highly articulate, yet natural character of the sound. Inspired by solutions found in nature and interpreted by Fibonacci’s formula, the new Fibonacci element results in a drive unit that produces text-book perfect roll off without any inductor, extended frequency response up to 4KHz and a flat frequency response within its operating range.

The principle low frequency load of the Omnium is delivered by a series of Isobaric Drive Systems. Here two drive units combine to create a clamshell formation, with one drive unit diaphragm facing the other working in a push-pull formation. The Isotactic Drive System is responsible for reproducing incredibly tight and controlled bass response that is perfectly integrated with the midrange Tactic 3.0 drive unit. There are no transient delays in nature. So, it should come as no surprise, that transducers that exhibit the fastest transient response come closer to reproducing natural sound more accurately. This has been a guiding principle in all Wilson Benesch drive unit development. The basic Laws of physics dictate that a large woofer will never function with the speed and dynamics of a small drive unit. Such drive units cannot accelerate or decelerate at the same speed as smaller woofers and timing and integration is central to creating natural, lifelike audio reproduction. The step-response of the Isobaric Drive System is almost identical to that of the Tactic 3.0 midrange drive units ensuring almost perfect integration across the audio band.

When a sound wave strikes a flat surface, sound is reflected in a predictable directional manner provided that the dimension of the reflective surface is large compared to the wavelength of the sound. However, the reflective nature of a structure varies according to the shape of the surface. Uneven surfaces will tend to scatter energy, rather than reflect it coherently. In good design, form always follows function. So whilst the Omnium carbon composite top is a beautiful structure, its complex form is critical to the performance of the loudspeaker. By removing as many flat, reflective surfaces and creating complex curved structures, sound waves striking the loudspeaker enclosure are scattered and their energy and therefore audible presence reduced. The Omnium owes much of its phenomenal capacity to present a spatial soundstage and transparent imaging, to the curved carbon composite forms of the top and the A.C.T. 3Zero Monocoque. The loudspeaker stealthily disappears within the listening space, leaving an ethereal soundstage and lifelike presentation. 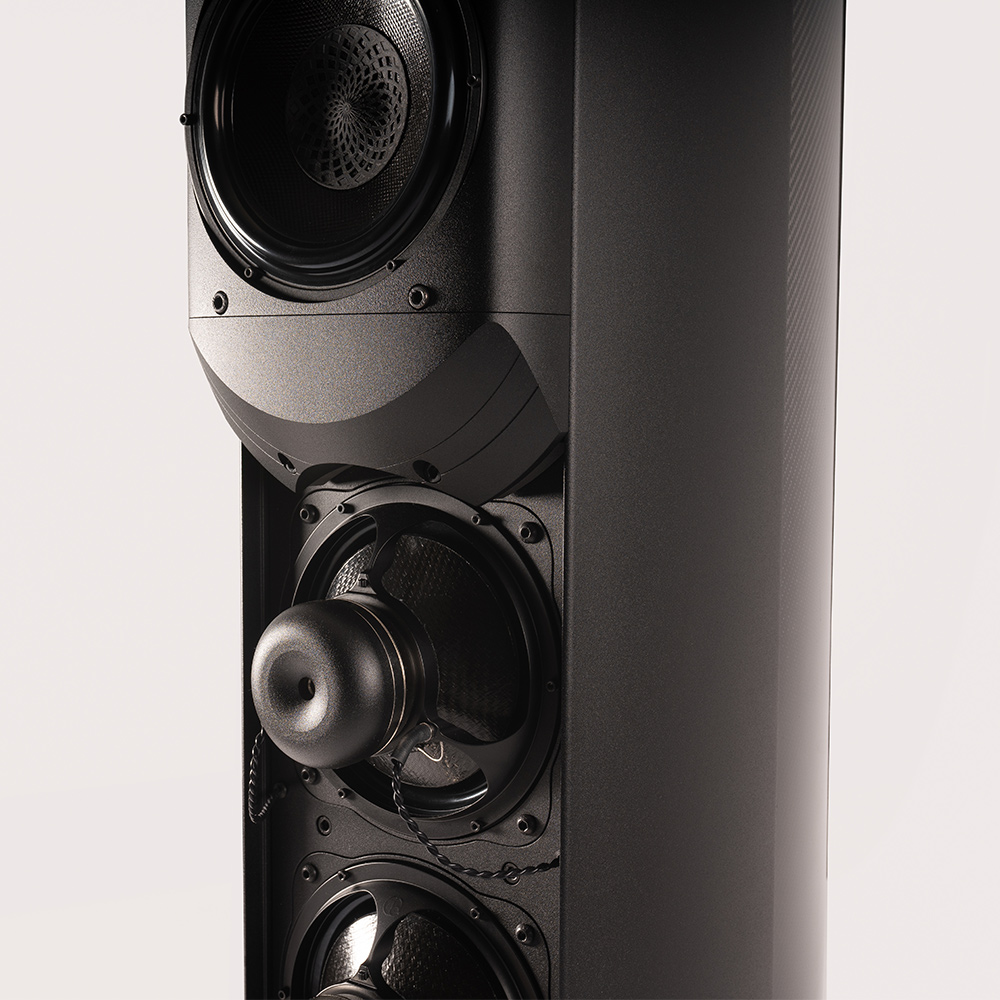 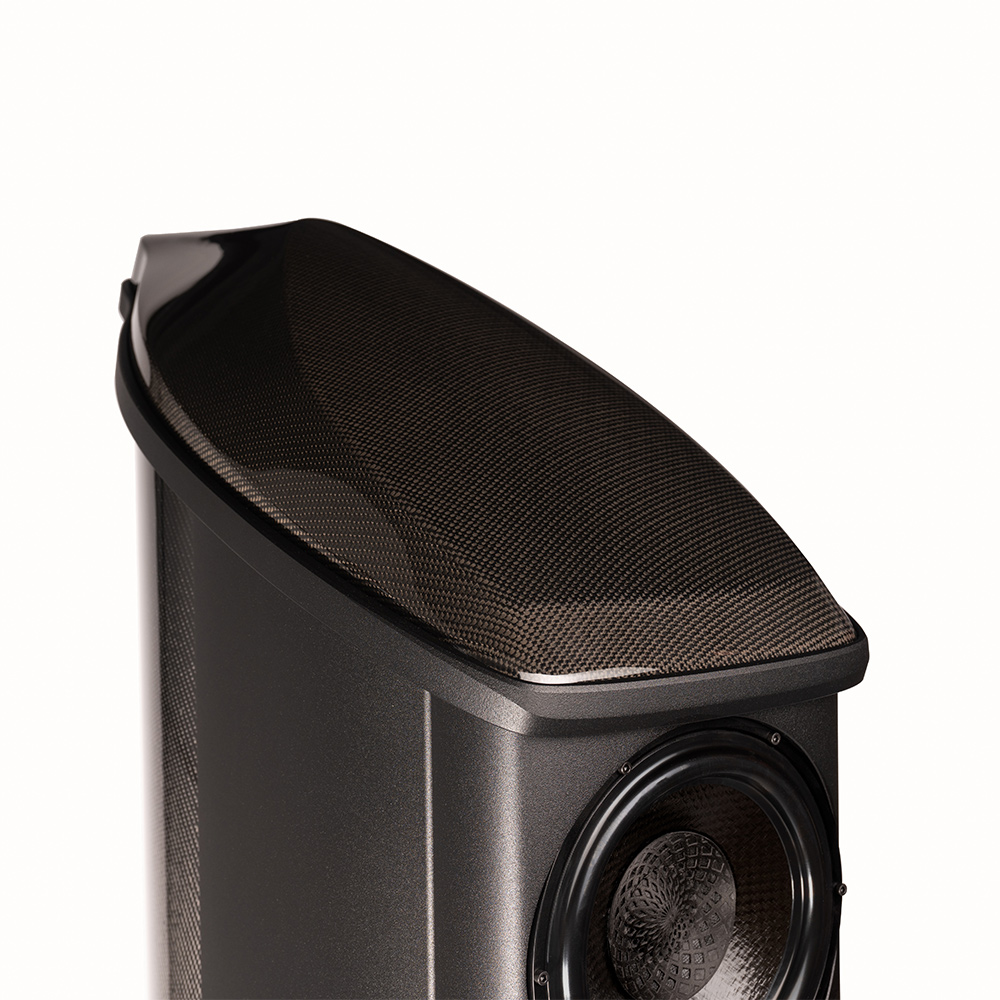 The stepped features seen in the Omnium’s foot are a reference its larger sibling the Eminence. Hewn in house by Wilson Benesch from a single billet of aluminium to reduce an 80kg solid billet of aluminium by more than half, to create a single 38kg Omnium loudspeaker foot. This formidable component governs over the energy above by way of the 14mm tie bolts that generate a metric ton of compressive pressure through the Omnium enclosure. This is the foundation, ground zero and arbiter of performance. Omnium stands boldly as the industry leading design in this market sector from the pioneers and leaders in composite loudspeaker design. With a heritage of award-winning designs within the Wilson Benesch reference line, the Omnium offers its own unique take of reference class high end audio. The Omnium’s luxurious automotive fit, finish and aesthetic are yet another bold statement in contemporary loudspeaker design and engineering from Wilson Benesch.