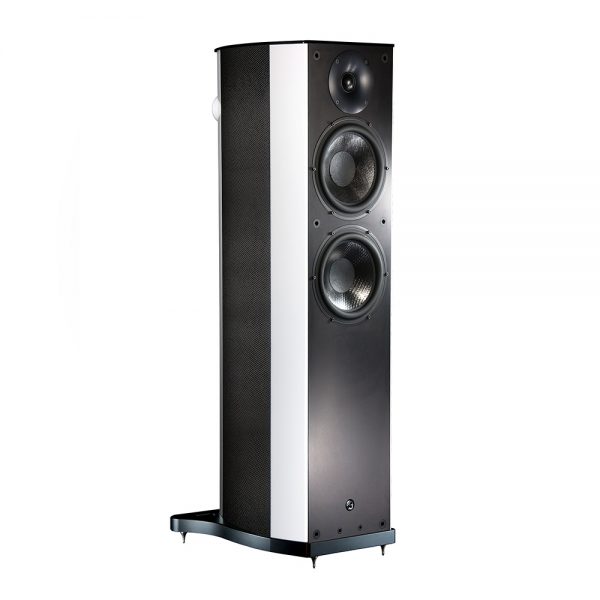 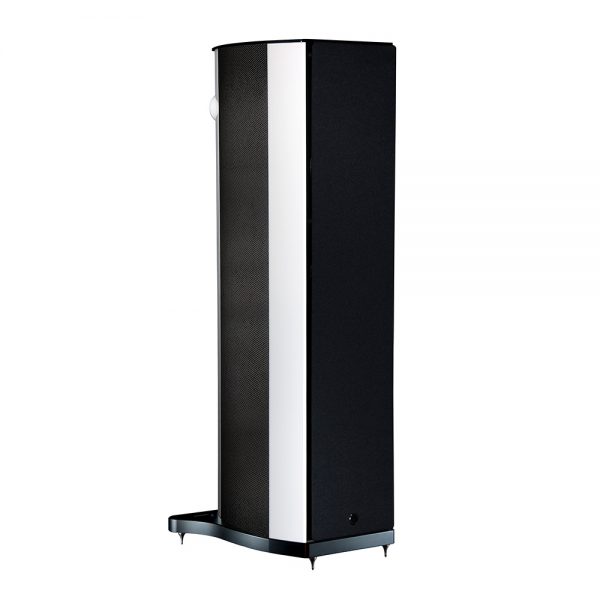 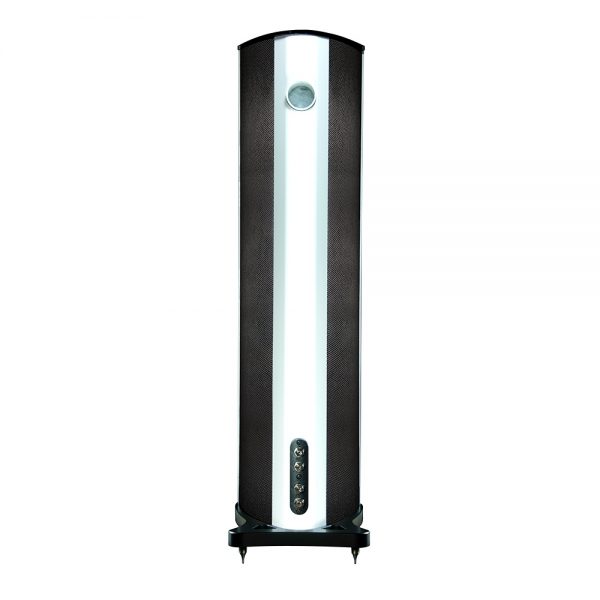 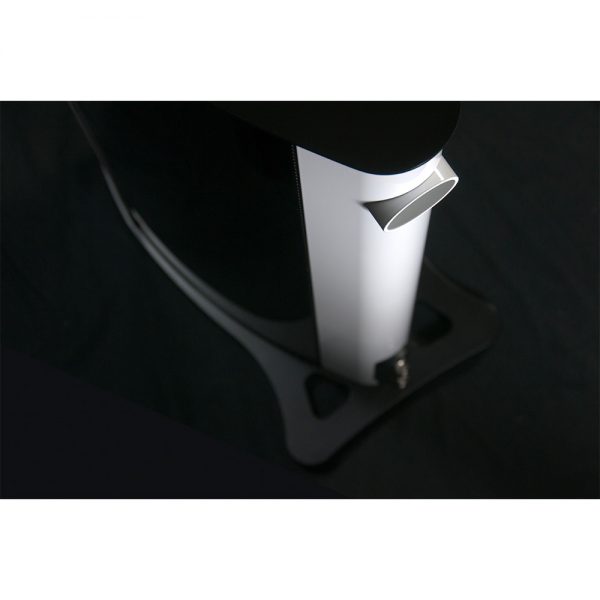 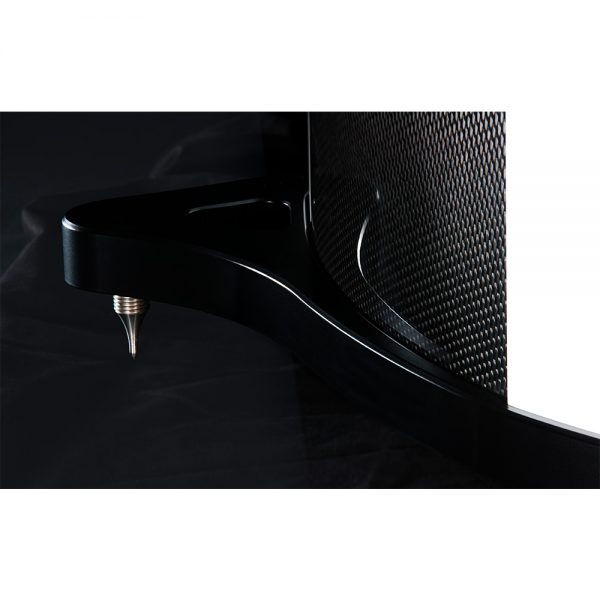 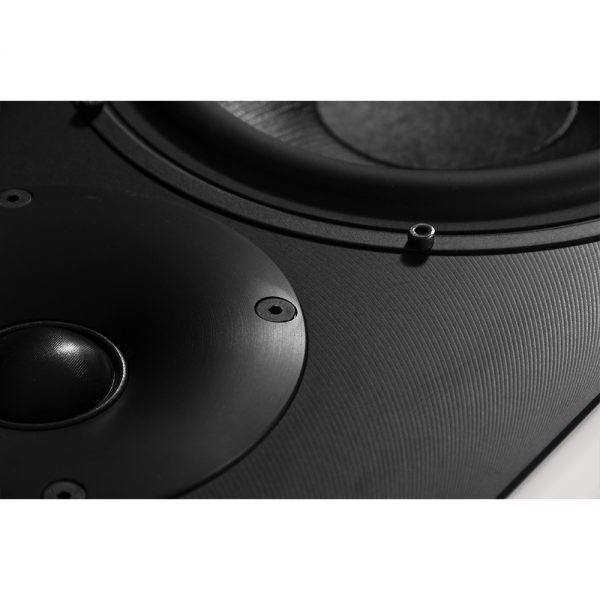 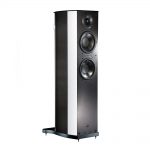 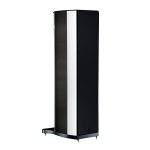 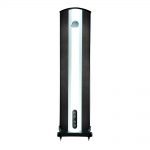 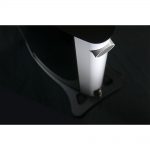 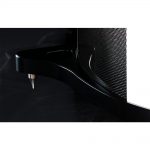 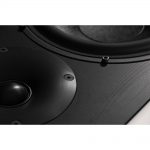 The mathematical names afforded the Vector and it floor standing sibling the Vertex pay homage to the fundamental importance of organic, geometrically optimised forms that have been exploited in pursuit of ultimate performance within the company’s reference loudspeaker line, the Geometry Series.

Wilson Benesch invested heavily in new manufacturing technology and the latest 3D CAD/CAM software and tooling to realise a highly optimised product line which surpasses in every respect, the previous reference line, the Odyssey Range. The Geometry Series celebrates the importance of music and its importance within our life.

Despite having a relatively compact form, the Wilson Benesch Vector creates a formidable presentation of high-end audio and has developed a reputation around the world of being great value. Prior to the development of the Vector, it was virtually impossible to experience a floor standing speaker that featured this level of technology at this price point, making the Vector a great choice for systems that aspire to true high-end sound quality at more accessible budgets.

The sound is rich, layered with all the nuances and timbre of the musical performance. Finished with the A.C.T. Carbon Monocoque, an anodised alloy baffle and a range of bespoke high-gloss polymer and natural wood veneers, the Vector has an appearance befitting its reference line status. 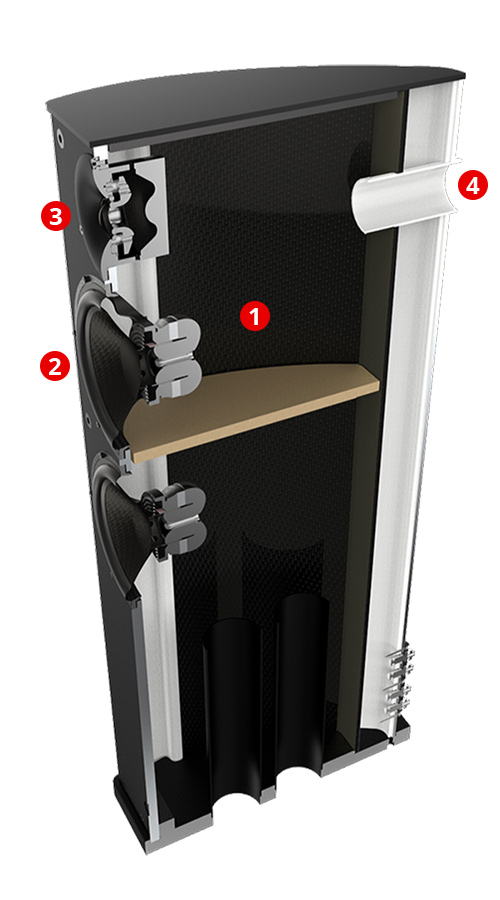 If the sophisticated A.C.T. monocoque structure was judged by purely engineering function, it would lay claim to being one of the worlds lightest, stiffest and most highly damped structures ever manufactured. In terms of energy damping and therefore signal to noise ratio, it would exceed with consummate ease the traditional conventional materials typically seen in loudspeaker design to date.

S.M.A.R.T. Research funding of £130,000 kick started the Bishop Project in 1999. This Public funding from the UK Government established the company as a manufacturer of high-performance technologies. Over the last 16 years, on-going research and development has enabled Tactic II to be realised. The ultimate loudspeaker demands that every drive unit has completely unique parameters. This exacting science sees 35 precisely defined versions of the Tactic II. Nothing is ordinary about a Wilson Benesch loudspeaker.

The science of carbon fibre is just one small element of the materials science that has been developed in Sheffield but it is one that has taught the Wilson Benesch design team a great deal, especially where vibrational energy is concerned. One of the most important lessons has been that strength is nothing without the control of damping. Even the stiffest materials can be excited by sound that is audible or perceptible. From this knowledge came the world’s first hybrid tweeter dome featuring carbon fibre and a soft dome. This is just one element of the radically different and superb sounding Semisphere tweeter. Unlike most high-tech tweeters today, the Semisphere has developed a universal reputation as one that can be appreciated for hours of listening without any fatigue.

Like a fine watch the components from which it is manufactured are celebrated rather than hidden in a Wilson Benesch loudspeaker. Precision machined details like the alloy external port tubes bear witness to the engineer’s attention to detail that the brand is recognised for. It is another novel facet that underlines our perspective of what high-end audio is all about the benefits of small improvements in every detail in this case the small benefit enables that little extra air that would normally be robbed from the precious internal air volume of the cabinet. It might appear to be a huge amount of additional work to achieve such a small incremental gain but for Wilson Benesch this is how the difference is realised.

Hi-Fi+, Alan Sircom, 2013
That naturalness and honesty creeps up on you from the bottom up; you notice it first on basslines and the resolution of the left hand of the piano. Musical intervals in those last octaves seem more clearly defined, not simply an amorphous low clang, but very obviously a low note that was a whole tone apart from the last one. Not only could musos use the speaker for ear training, but it means bass notes are clearer and more defined. Then you begin to notice the same across the frequency range. No moments of revelation, no obvious musical examples, just pulling ahead of the pack cleaner…
The Wilson Benesch Vector is an outstanding loudspeaker. You need to take some care in what it works with, but when suitably fettled, the Vector tells you the truth, the whole truth and nothing but the truth. If you want to know how your music sounds, it sounds like this.
Read Review
StereoNet, Mark Gusew, 2015
I’m struck by the realisation that these speakers, even at low volume settings, have the ability to convey the musical intent, the very substance of a musical track in a manner that I am unaccustomed to. It’s simply operating at a higher level than I am used to hearing
Read Review