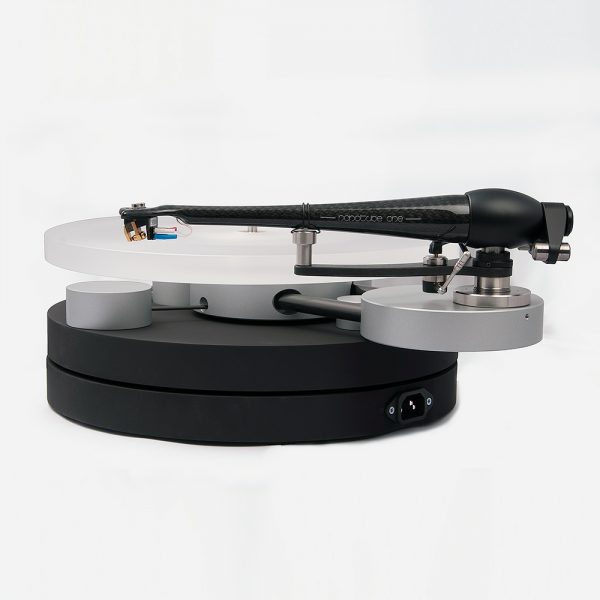 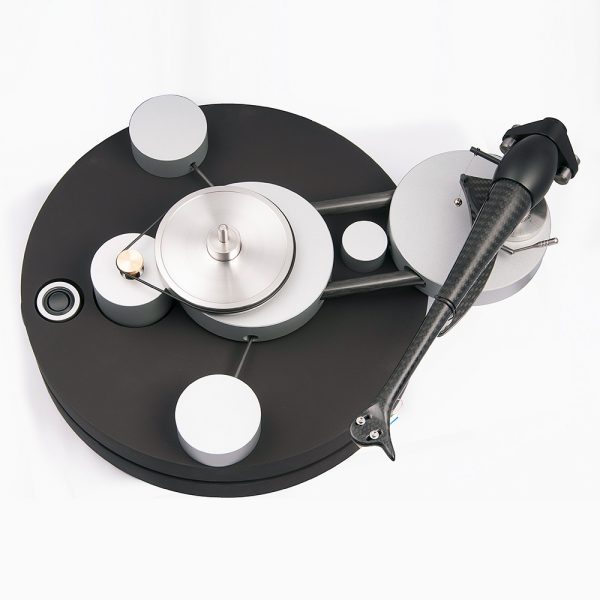 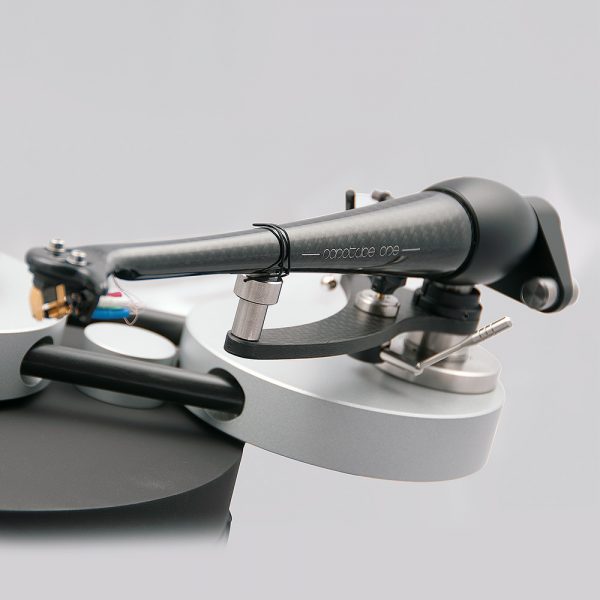 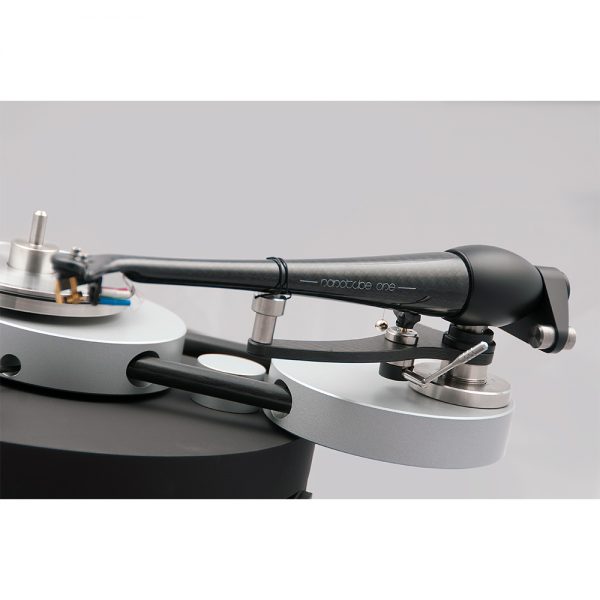 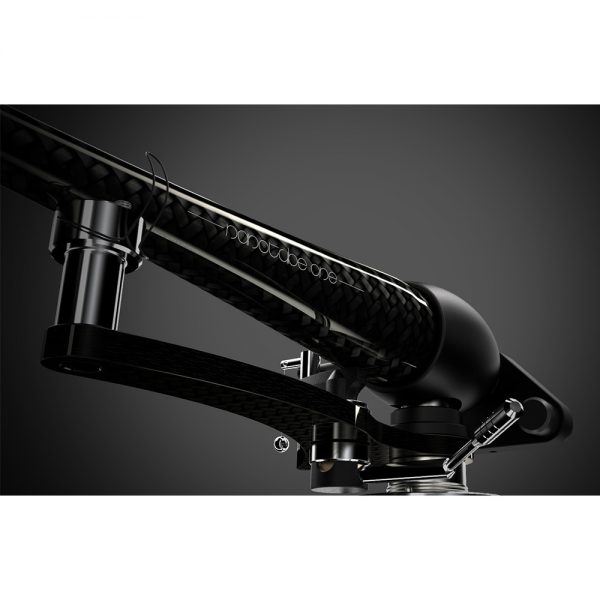 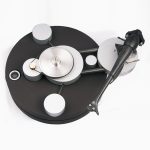 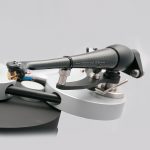 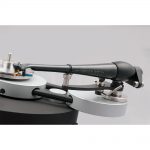 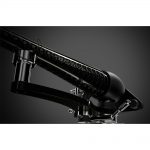 At Wilson Benesch’s inception, their tag line “The Future is Carbon” acknowledged the potential for carbon fibre to change the way in which high performance systems would be manufactured and in doing so change our paradigm around what we should expect from high-end audio. More than 25 years on, examples of this change can be seen across the aerospace and automotive industry where ultimate performance is required. Despite many applications using carbon fibre predominantly for its strength to weight advantages, it is the unique stiffness and damping properties of carbon composites which are of primary concern for Wilson Benesch within audio engineering.

Inspired by nature, the tapered tubular form of the Nanotube is a highly optimised geometry. To understand the benefit of this, it is necessary to consider carbon fibre at an almost microscopic level. Each carbon filament is barely visible to the human eye. Approximately 25x smaller than a human hair, each fibre imparts maximum stiffness along its length. Thus by arranging the carbon fibres in a regular fashion, lengthways, around a helix, we impart maximum torsional stiffness and enhanced damping performance across the millions of carbon fibre filaments.

However, the real artistry of the Nanotube One takes place at a microscopic level, well beyond the resolution of the human eye and all but the most advanced microscopes. Structurally, carbon nanotubes are tubular cylinders of carbon atoms, with a diameter 1/10,000th of a human hair. Yet, at an individual tube level, these structures exhibit: 200x the strength and 5x the elasticity of steel – making them among the strongest and most highly damped structures yet discovered. Wilson Benesch infuses a carbon nanotube rich epoxy resin with carbon fibre, creating cross-linking at a molecular level and forming a carbon fibre – nanotube composite structure.

Additional refinements have been made in the Nanotube One counter-balance design. Wilson Benesch again looked to materials science to gain a performance advantage, deploying Tungsten counter-weights behind the kinematic bearing. With a density comparable to other rare earth metals such as gold and platinum, and twice that of aluminium, Tungsten has a very high mass. This allows Wilson Benesch to reduce the length of the counterbalance poles and retain the mass of the structure around the central axis of the bearing and increasing the stability of the whole tonearm structure.

The Nanotube One is a highly evolved design, developed over decades of iterative design improvements. Using the latest materials science and advanced manufacturing technologies, Wilson Benesch have created what is unquestionably the stiffest, most highly damped tonearm currently available today. A marvel of engineering with significant audio pedigree. 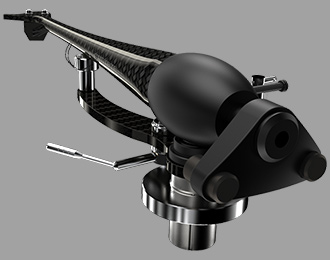 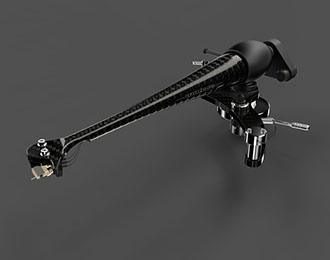 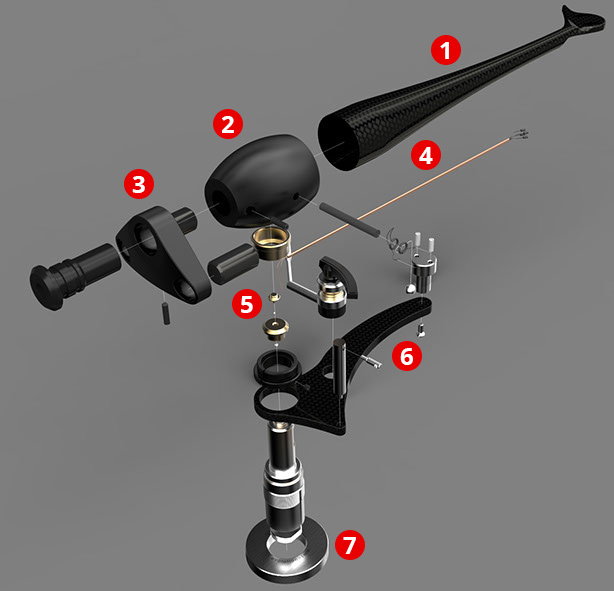 Using identical geometry to the A.C.T. 25 Tonearm, superficially the Nanotube One appears almost indistinguishable. However, the addition of carbon nanotubes to the resin that is infused with the carbon fibre creates a structure that is 30% stiffer than the A.C.T. 25 Tonearm, with enhanced damping performance in addition. At approximately 1/25th the diameter of a human hair each carbon fibre filament is barely visible to the human eye. But organised in a regular fashion, lengthways, around a helix, the millions of carbon fibre filaments exhibit phenomenal torsional stiffness and damping properties. But the real artistry of the Nanotube One Tonearm can only be appreciated at a microscopic level, well beyond the resolution of the human eye and all but the most advanced microscopes. Carbon nanotubes are tubular cylinders of carbon atoms, with a diameter 1/10,000th that of a human hair. Yet, at an individual tube level, these structures exhibit; 200x the strength and 5x the elasticity of steel – making them among the strongest and most highly damped structures yet discovered.
Wilson Benesch exploit the exceptional stiffness and damping properties of carbon fibre and nanotubes to form a composite tonearm structure that is unquestionably the stiffest and most highly damped arm tube available today.

The carbon-nanotube armtube terminates into the aluminium eggshell. The geometry of this component has again been optimised to impart maximum stiffness, while reducing the weight of the component as much as possible. Each component is part of a whole, the eggshell has a spike located on its internal dorsal surface which holds captive the fourth carbon chrome ball bearing which mates with the three ball bearings in the tonearm shaft to form the kinematic bearing. Thus the geometric form and optimised stiffness and weight of the eggshell is central to the performance of the tonearm as a whole.

The Nanotube One counterweight is formed from two shortened solid tungsten poles and a triangular aluminium body. With a density comparable to other rare earth metals such as gold and platinum, and twice that of aluminium, tungsten is one of the densest elements known to man and has a very high mass. This allows Wilson Benesch to shorten the tungsten poles from 55mm in the A.C.T. 25 Tonearm, to 22mm in the Nanotube One. By reducing the overall pole length, the weight of the counterbalance is focussed as close to the pivot as possible. The result is a more stable system, where the turning moment is dependent on mass rather than the distance of the counterbalance weight from the pivot. This structure slides onto a shortened stainless steel shaft at the rear of the tonearm eggshell. As with the A.C.T. 25 Tonearm, the Nanotube One counterweight allows adjustments to the weight at the cantilever. It also allows micro adjustments to azimuth to ensure that the cartridge and the tonearm are level or parallel relative to the vinyl during replay.

High quality silk covered Litz wiring internally legislates for the perfect signal along the wires length from the cartridge to the phono stage. The wiring is shielded and terminated with gold plated RCA phono plugs.

The bearing features, 4 x 1mm carbon-chrome ball bearings, which are held captive in a brass ball cap located in the egg-shaped housing at the rear of the tonearm. When mated the fourth ball is held in a high pressure triangulated frame of reference ensuring that the centre of movement can never change regardless of the age of the system or the ambient temperature. In theory the contact surface is a single molecule. It is easy to appreciate how important the stability and consistency of this bearing is when one considers that a turntable is purely a system of measurement, designed to allow a ~10nm (0.000001mm) cantilever tip to trace a ~50µm (0.05mm) groove in a piece of vinyl.

Vertical tracking angle (VTA) has a significant impact on the character of the sound produced by a cartridge. Furthermore, no two cartridges are the same. The Nanotube One Tonearm features a cylindrical shim that permits controlled micro adjustment of the VTA through alteration of the tonearm shaft stacking height at the tonearm hub.