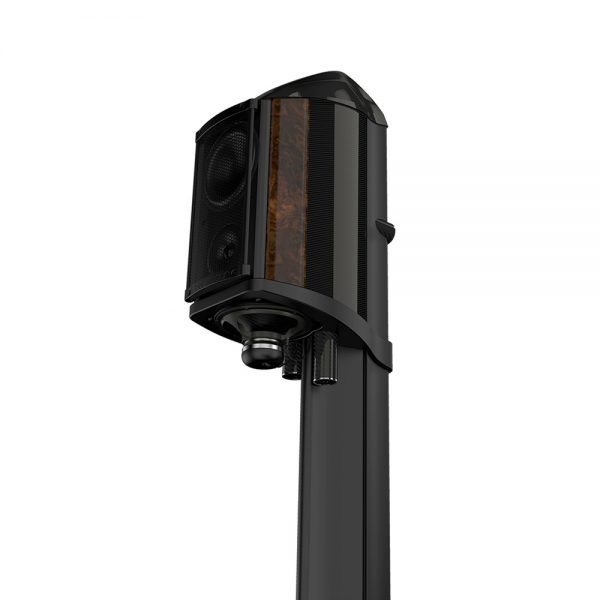 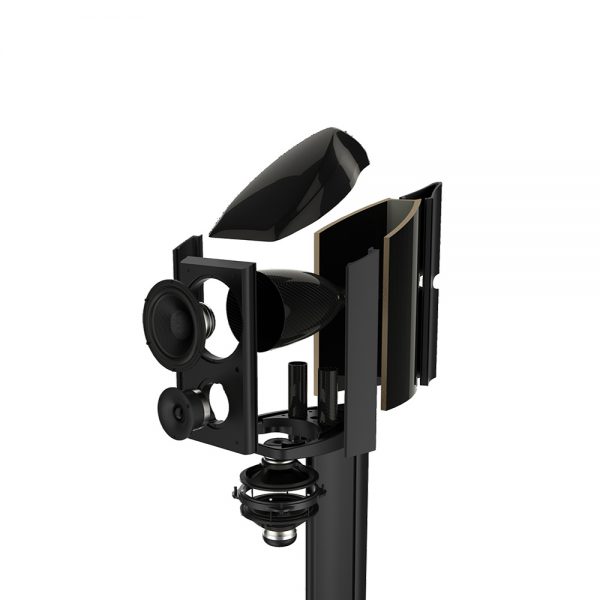 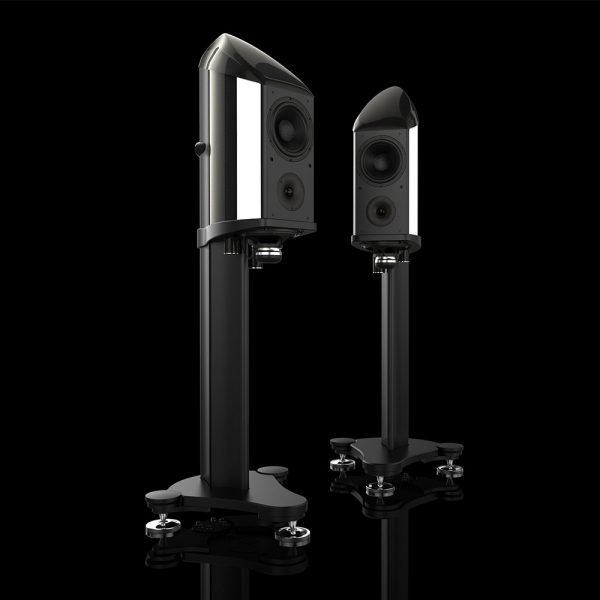 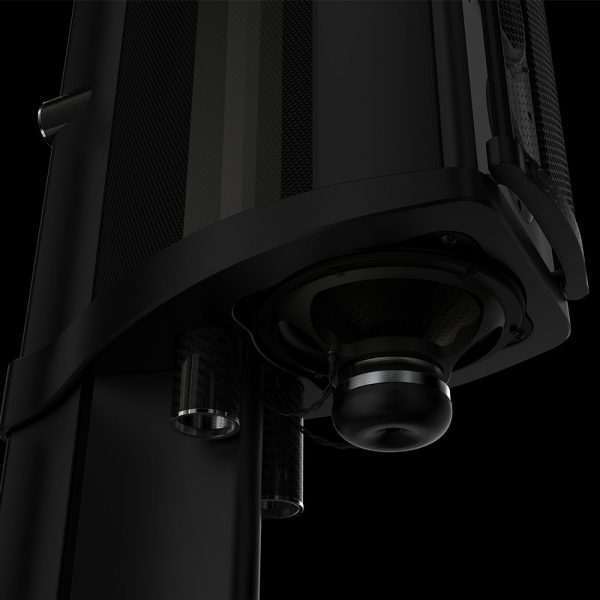 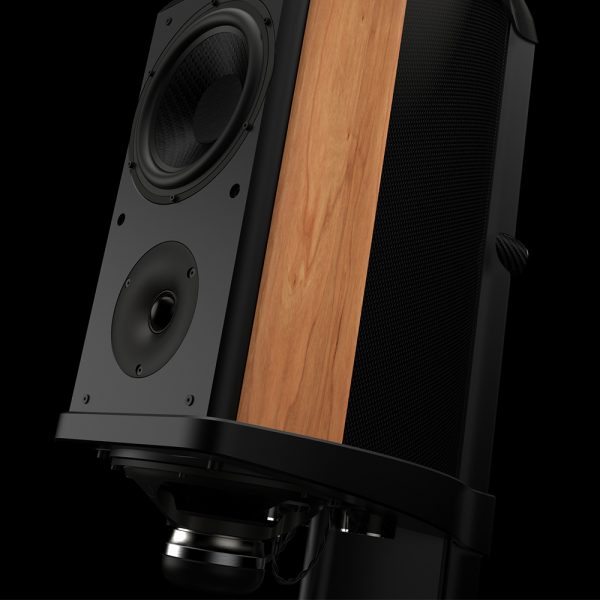 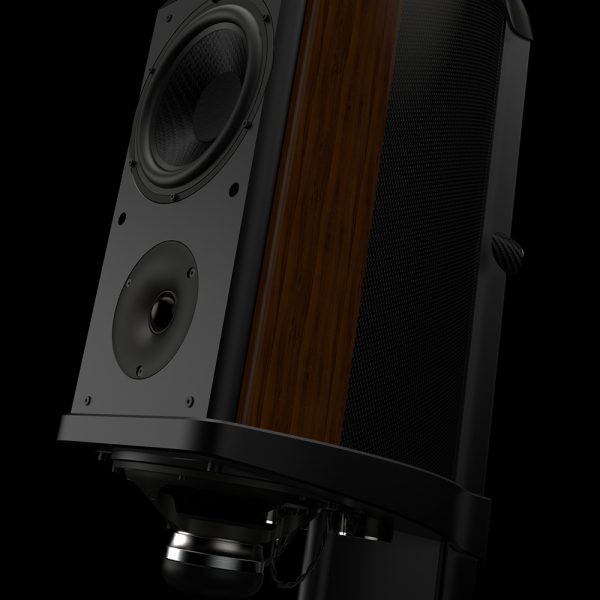 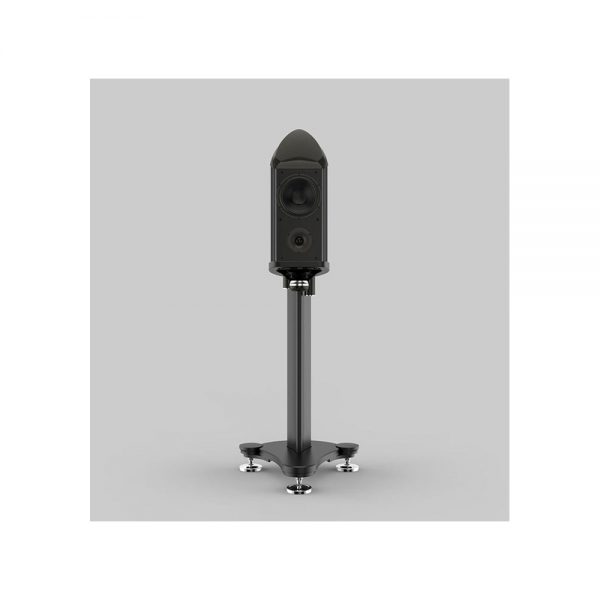 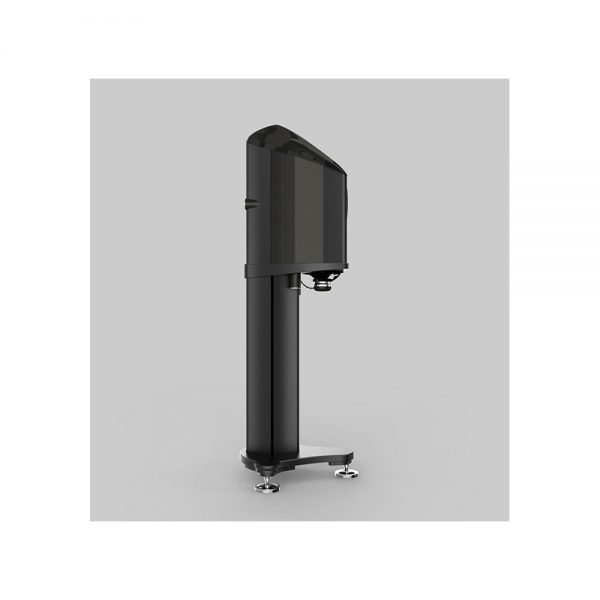 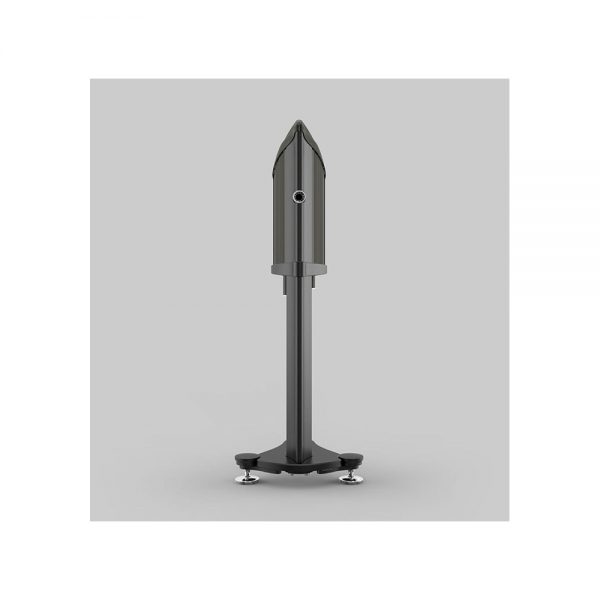 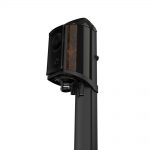 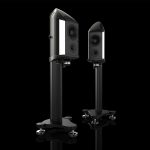 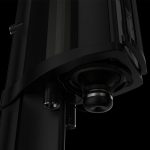 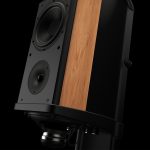 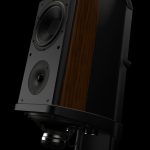 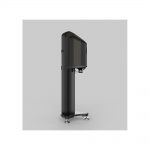 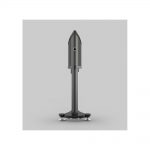 Since its foundation, Wilson Benesch has invested heavily in ambitious research and development projects in the fields of materials science and manufacturing. The Endeavour exploits more than two-decades of work, to incorporate a multitude of cutting edge Wilson Benesch technologies.

From the very latest new technology, the Carbon Nanotech Enclosure, to the Isobaric Drive System, the A.C.T. Monocoque and a number of highly engineered, geometrically optimised carbon fibre and alloy components, the Endeavour is a masterpiece of engineering.

This results in what may be the most accomplished stand mount speaker system in high-end audio. Through expert design and craftsmanship, advanced materials technology has been combined with geometry in every component to create a stand mount loudspeaker design with no compromise. This uncompromised approach translates to an astonishing sonic performance, faithfully reproducing the musical event as though the performers are literally there in the room before you. The Endeavour has a loyal band of enthusiasts around the world who appreciate the great qualities of a stand mounted monitor style speaker taken to the extreme. 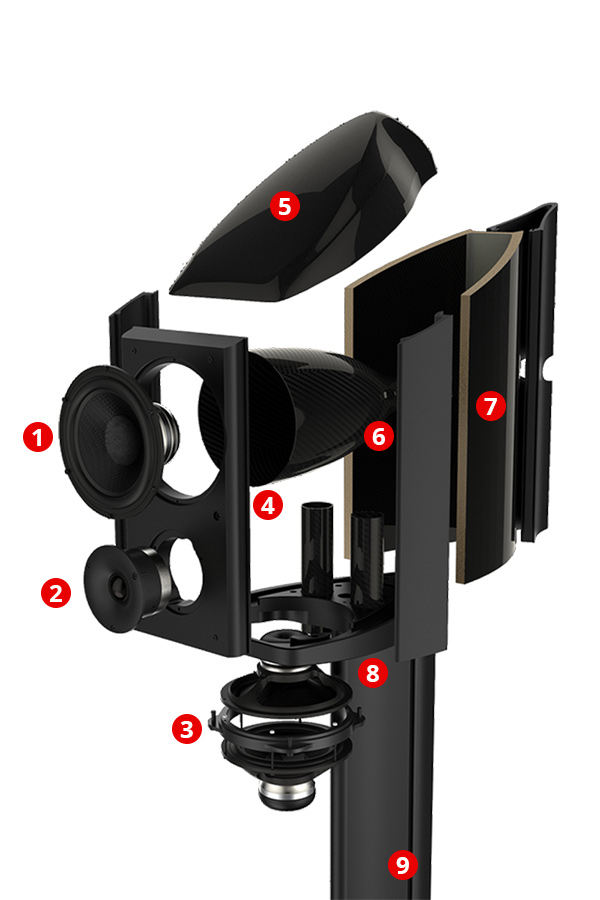 There are no transient delays in nature – when a singer sings, or a drummer strikes you hear the sound almost instantly. But when a drive unit tries to replicate this sound from a recording, the transient response time, although minute, is easily detected by the ear and the brain. When designing a drive unit, it is critical to reduce the transient response time as much as possible. Any delay informs the brain that what is being listened to is in fact a recording and not a real human voice or instrument. Wilson Benesch developed the original Tactic drive unit and subsequent Tactic II drive unit around this philosophy. We employed a light cone material, with phenomenally powerful NdFeB Rare Earth Magnets, with a highly evolved motor geometry to optimise flux. The result was a dynamic drive unit that could excurse through the in and out range of its movement during use very quickly and under a high degree of control. The original Tactic design was described as “lightning fast” in the first test reviews.

Designed and manufactured in house, the Semisphere has been developed to match the Tactic II Drive Unit, creating seamless integration across the mid-high frequency band. At the heart of the Semisphere is the Silk-Carbon Hybrid Dome. The hybrid dome tweeter, retains the natural sound of a soft dome tweeter, remaining free from sibilance. However the addition of carbon fibre through a proprietary technique, allows the Semisphere to remain flat through the frequency range to 30kHz.
Built around the dome is a combination of highly engineered components, which have been precision machined in house at Wilson Benesch. At the front a curved front plate creates the ideal launch surface for high frequency sound. To the rear of this is a complex motor front and rear plate that hold a ring of six powerful rare earth magnets. The design allows optimal venting and allows the Semisphere to remain cool during extended use.

The curved geometry of the loudspeaker cabinet is expressed in its ultimate form in the world’s first Carbon Nanotech (carbon nanotubes dispersed within the resin matrix) speaker enclosure. The Champagne bottle shape is no coincidence providing as it does the near ideal form for controlling the narrow bandwidth of the mid-range Tactic II drive unit. This elegant solution not only provides the ideal enclosure for the mid-range it also frees the rest of the cabinet to enable the isobaric to function optimally with the largest possible air volume.

Following the same principles of the A.C.T. monocoque, the carbon fibre top in the Endeavour and Cardinal have been designed firstly to damp internal cabinet born resonance and secondly to negate standing waves interacting with the loudspeaker surface. The overall effect is a vastly improved signal-to-noise ratio. The Endeavour top, along with the Cardinal top, is perhaps one of the most complex carbon fibre forms ever created by Wilson Benesch. Developed using industry standard 3D CAD / CAM software, the moulding tool was milled from one solid block of aluminium to tight a high degree of accuracy. Subsequently the resin transfer moulding technique perfected in the A.C.T. monocoque is employed to create a beautifully sculptural carbon fibre form with no compromises in terms of its function.

The enclosure exerts a considerable influence over the sound of the complete system. A moving coil driver radiates energy by vibrating a diaphragm assembly whose reaction will simultaneously excite the loudspeaker chassis causing it to vibrate in sympathy. The chassis must therefore be ridged and highly damped to prevent it from moving and in turn stop the chassis from dissipating energy as unwanted acoustic output.
Numerous examples of chassis damping are evident in the Endeavour. The A.C.T. Monocoque alone is the most highly damped enclosure ever manufactured. However, Wilson Benesch also employ a highly engineered base board in the Endeavour. This component is hewn from a solid billet of aluminium, creating a ridged structure to which the Isobaric Drive System mounts and also a housing for the A.C.T. Monocoque

A sophisticated three-layer composite structure comprised of carbon fibre, high compression blast core and glass fibre. In terms of energy damping and therefore signal-to-noise ratio, the A.C.T. Monocoque exceeds with consummate ease the materials traditionally used in loudspeaker design. Wilson Benesch have optimised the A.C.T. Monocoque by creating a curved form. The geometric form of the cabinet negates standing waves by reducing the number of flat surfaces on the loudspeaker surface. Thus any sound waves interacting with the surface of the A.C.T. Monocoque are diffracted across a wide angle and thus diminished. As a result, such distortions are impossible for the ear to detect, allowing the loudspeaker to disappear within the listening space; stealth like the loudspeaker creates a wide open and life like soundstage.

The port tubes in the Endeavour evolve a step beyond those found in the Vertex and the Discovery II. Here the material of choice is carbon fibre, an aesthetic cue that adds to the luxurious, high technology dialogue of the Endeavour design. Wilson Benesch adds flexibility to the Endeavour by enabling the owner to adjust the bass output. Threaded caps can be screwed into the end of the port tube in order to seal either one or both of the ports. When combined with the Torus, this technique can be applied to reduce the load on the Endeavour’s Isobaric Drive System, improving dynamics and integration with the midrange.

First introduced in the kinematic bearing design in the Wilson Benesch A.C.T. One Tonearm in 1991, the bearing was designed on the principles of kinematic coupling. The fundamental principle of kinematic coupling is to selectively eliminate each one or all of the six degrees of mechanical freedom that any physical body has.
In the A.C.T One Evolution, three 14mm steel threads, tipped with a 6.75mm steel ball, meet with three 6.75mm steel balls, held captive inside the floor protector. This creates a triangulated structure, with a contact point of less than 1mm², which provides high-integrity, stable location of the loudspeaker.

The Audio Beat, Roy Gregory, 2015
The Endeavour is a speaker that challenges assumptions and the status quo. It’s different in its approach, its materials and the way it presents the musical performance. It turns accepted notions of the established audio swings and roundabouts on their head, surprising and delighting in equal measure. But most of all it succeeds in achieving that quality shared by all really great loudspeakers – the ability to put the music first. Self-effacing to a fault, this is in many ways one of the least obviously impressive loudspeakers I’ve heard — that is until you start listening in earnest and ringing the changes. The way and degree to which it responds to input, whether that’s the musical signal or changes in the driving system, underlines just how little of itself it inserts into the process. It gives performers not just a voice but an authenticity in a way that very few other loudspeakers can match.
Read Review