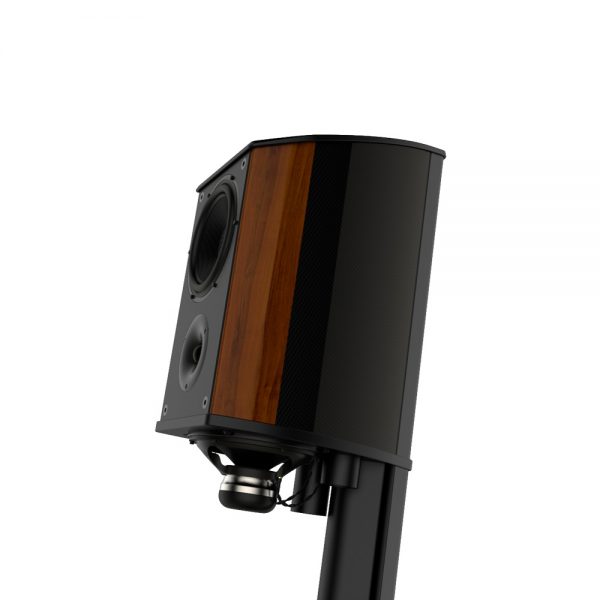 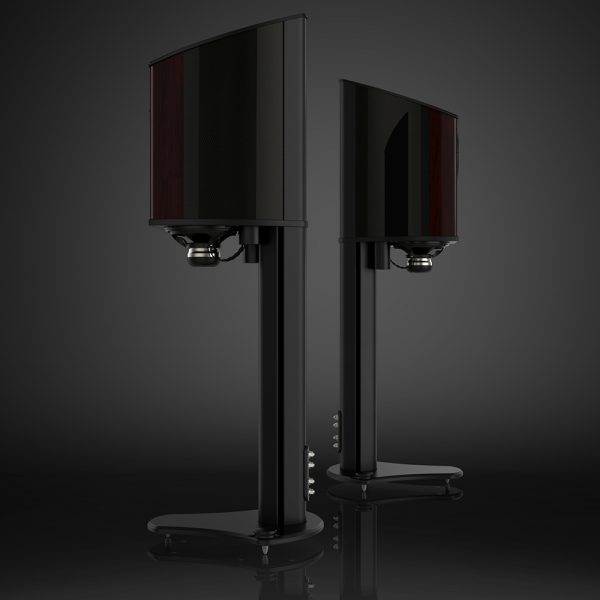 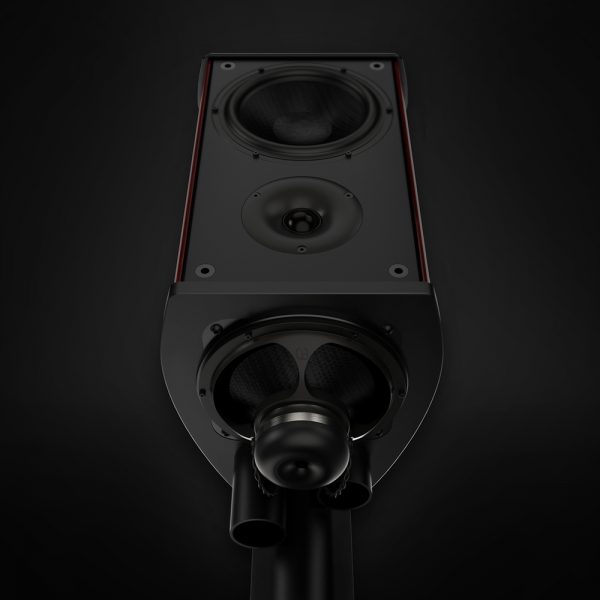 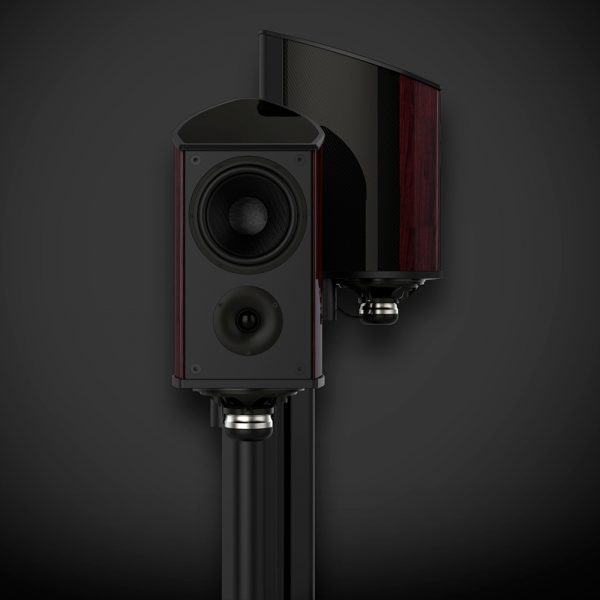 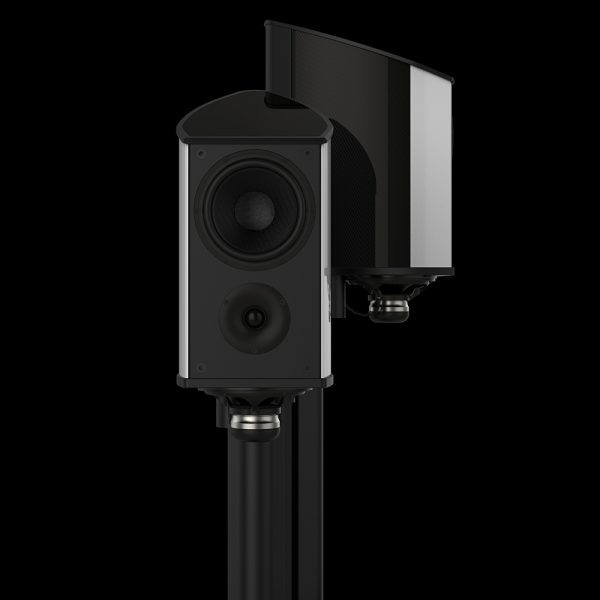 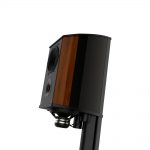 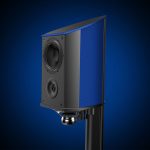 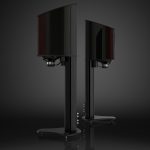 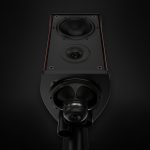 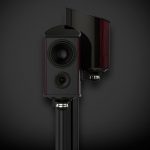 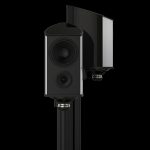 A design now inextricably linked to the Wilson Benesch brand, the original Discovery was a classic design with a legion of dedicated followers the world over. In 2016, Wilson Benesch breathed new life into this multi award-winning classic, announcing its return in the Geometry Series.

A 2.5-way monitor loudspeaker, the principle drive unit topology at the heart of the Discovery II remains a unique approach to monitor loudspeaker design. It places the Wilson Benesch Isobaric Drive System, which is mounted in a clamshell formation directly on the underside of the loudspeaker, in close proximity to the Semisphere Tweeter and the dedicated Tactic II midrange drive unit. This compact, highly optimised topology delivers a thoroughly captivating soundstage, rich with dynamic contrasts, punchy bass detail and a sense of flow.

A stand-out feature of the sound is ‘cohesion’, a result of perfectly integrated bass with the midrange and the high frequency band. There is a sense of realism and accuracy that redefines expectations from what can be achieved from a very compact monitor design. The character of the sound produced by the original design won the hearts and minds of music lovers across the globe, garnering an almost cult following. In 2016, the design returned with even more power, more control and more bandwidth.

Aesthetically, the Discovery II retains its proportions. However the classic, high-technology appearance of loudspeaker has evolved into the modern era of Wilson Benesch design. Featuring a new machine finished alloy baffle, that terminates at its top and bottom extent into precision engineered CNC-machined alloy plates. Geometry Series aesthetic cues are visible across the design, but are most evident in the foot where the bevelled foot plate is finished with adjustable hand-wheels – a design common also to the A.C.T. One Evolution, Endeavour and Cardinal.

Continuing on from the legacy forged by the original Discovery, the Discovery II is now capturing the hearts of music lovers around the world with its ability to connect the listener with the music. 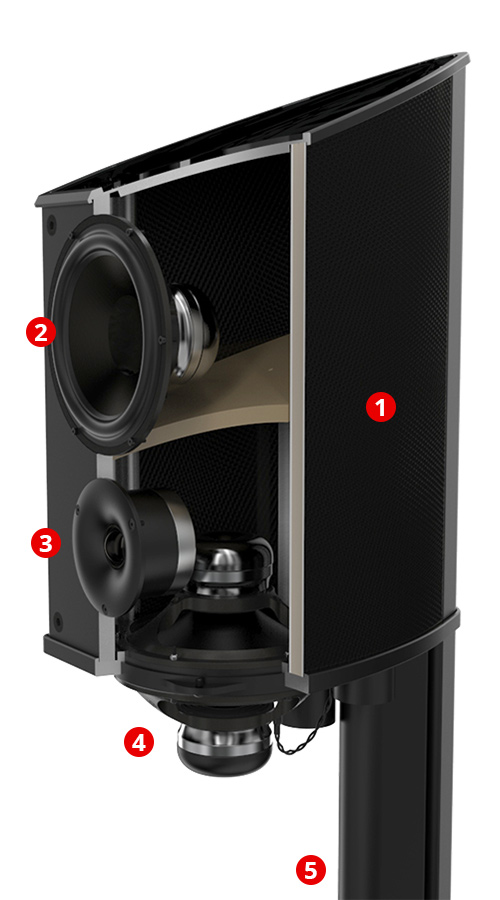 A sophisticated three-layer composite structure comprised of carbon fibre, high compression blast core and glass fibre. In terms of energy damping and therefore signal-to-noise ratio, the A.C.T. Monocoque exceeds with consummate ease the materials traditionally used in loudspeaker design.
Wilson Benesch have optimised the A.C.T. Monocoque by creating a curved form. The geometric form of the cabinet negates standing waves by reducing the number of flat surfaces on the loudspeaker surface. Thus any sound waves interacting with the surface of the A.C.T. Monocoque are diffracted across a wide angle and thus diminished. As a result such distortions are impossible for the ear to detect, allowing the loudspeaker to disappear within the listening space; stealth like the loudspeaker creates a wide open and life like soundstage.

There are no transient delays in nature – when a singer sings, or a drummer strikes you hear the sound almost instantly. But when a drive unit tries to replicate this sound from a recording, the transient response time, although minute, is easily detected by the ear and the brain. When designing a drive unit, it is critical to reduce the transient response time as much as possible. Any delay informs the brain that what is being listened to is in fact a recording and not a real human voice or instrument.
Wilson Benesch developed the original Tactic drive unit and subsequent Tactic II drive unit around this philosophy. We employed a light cone material, with phenomenally powerful NdFeB Rare Earth Magnets, with a highly evolved motor geometry to optimise flux. The result was a dynamic drive unit that could excurse through the in and out range of its movement during use very quickly and under a high degree of control. The original Tactic design was described as “lightning fast” in the first test reviews.

Designed and manufactured in house, the Semisphere has been developed to match the Tactic II Drive Unit, creating seamless integration across the mid-high frequency band. At the heart of the Semisphere is the Silk-Carbon Hybrid Dome. The hybrid dome tweeter, retains the natural sound of a soft dome tweeter, remaining free from sibilance. However the addition of carbon fibre through a proprietary technique, allows the Semisphere to remain flat through the frequency range to 30kHz.
Built around the dome is a combination of highly engineered components, which have been precision machined in house at Wilson Benesch. At the front a curved front plate creates the ideal launch surface for high frequency sound. To the rear of this is a complex motor front and rear plate that hold a ring of six powerful rare earth magnets. The design allows optimal venting and allows the Semisphere to remain cool during extended use.

First introduced in the kinematic bearing design in the Wilson Benesch A.C.T. One Tonearm in 1991, the bearing was designed on the principles of kinematic coupling. The fundamental of kinematic coupling is to selectively eliminate each one or all of the six degrees of mechanical freedom that any physical body has.
In the Discovery II, three 14mm steel threads, each tipped with a 6.75mm steel ball, meet with three 6.75mm steel balls, held captive inside the floor protector. This creates a triangulated structure, with a contact point of less than 1mm Sq. This provides high-integrity, stable location of the loudspeaker.

7review, Alan Sircom, 2018
I’ll be honest; the original Discovery was a speaker one could easily like. The Discovery II is a loudspeaker you could really love! It’s sound is cool, calm, and collected and for once that is not simply a cliche. The three Wilson Benesch obsessions of driver speed, deep bass, and outstanding soundstage are played well here, and you can add exceptional detail, good vocal articulation, an overall precision to the sound, and lots of focus.
Read Review
Hi-Fi & Records, Wilfried Kress, 2017
It’s unique purity (one again the cabinet!), it’s way to paint fine details without ever drifting off into clinical analysis, its credible room imaging command our due respect, but what really matters: the Discovery II makes me forget so effortlessly that I’m listening to two speakers… the second Discovery is yet again a milestone.
Read Review