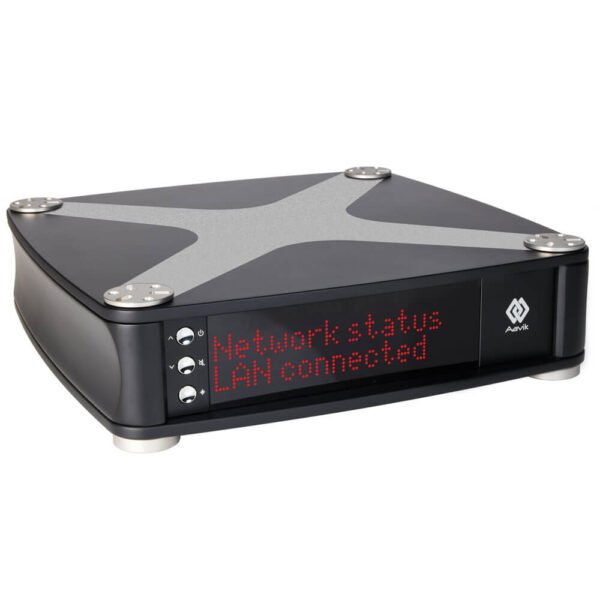 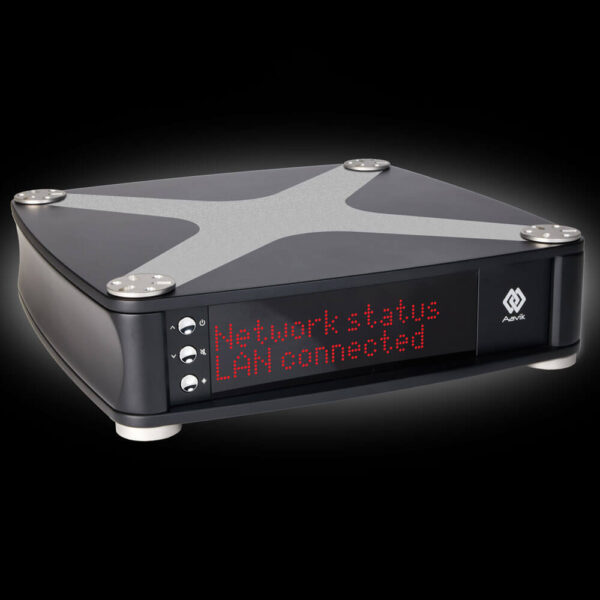 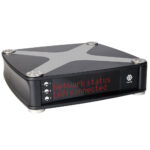 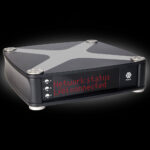 From the early concept stage of audio engineering, the Aavik range of streamers have been designed with a view to redefining and distinctly up-grading the audio quality of streaming network-based music, allowing you to discover the audiophile dimension of the world’s top streaming services. Aavik streamers open the gates for a dynamic musicality and a natural sound stage that features an unprecedented clarity and precision.

The S-580 is the third model in the range and is designed to be the flagship which offers ultimate levels of performance. The audio section of the streamer is clocked using two separate high precision low jitter clocks: one for 44k1 based source material, and the other for 48k. These clocks supply both the internal DAC and the S/P-DIF output. The S/P-DIF output and clock circuit are galvanically isolated from the rest of the circuit. Six separate low-noise regulated power supplies feed the different sections of the streamer.

By downloading the Aavik Streaming App, you can enjoy the thrill of being the master of the endless music streaming universe. Choose your favorite music with the Aavik streamer and indulge yourself in the delight of an outstanding streaming-based audio performance. The Aavik app can be used on smartphones, iPads, notebooks etc and is very easy to navigate, allowing you to tap into your playlists and various streaming services such as Tidal – MQA – vTuner – Qobuz.

The S-580 is not a mass-produced piece of electronics made somewhere in a low cost labour country. This is a bespoke piece of exquisite high end audio equipment, handmade in Denmark by a small team of people who are setting new standards in quality music reproduction.

Nor is this a streamer made by people with computer server/IT backgrounds. This is not a computer stripped of all the ‘noisy bits’. The S-580 is created by audiophiles with decades of experience in building electronics with world class sonic performance. There are technologies used in the S-580 that you will simply never experience elsewhere.
It is a wonderful example of how far the streamer technologies have progressed in recent times. Clarity, resolution, tonality, dynamics, musicality all served against a non-existant noise floor. Emotionally engaging and thrilling the senses in the same moment. 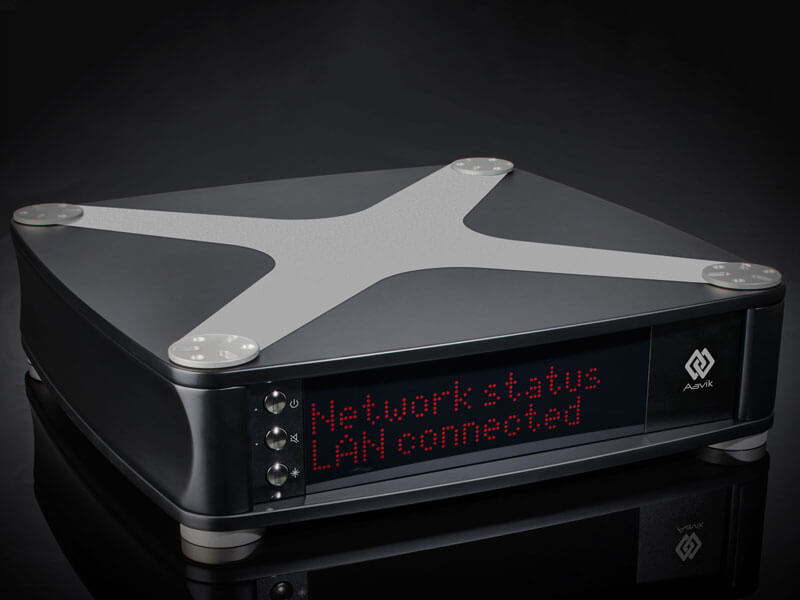 Aavik collaborate with their sister company, Ansuz-Acoustics™ and draw on their experience and extensive R&D in the fields of resonance control and noise cancelling technologies. Aavik have fitted all of their streamer models with with Tesla coils, dither circuitry and anti aerial resonance coils. These innovative technologies are geared towards paving the way for an absolutely unconstrained signal flow. Aavik has also prepared the top and bottom surfaces on all the servers to accommodate the Ansuz Darkz™, which represent the most effective way of preventing mechanical vibrations.

The new Aavik series is designed to ensure massive power resources with ultra-low noise. Unlike the square waves used by conventional switch mode power supplies, the new Aavik series boast a resonant mode design which is principally driven by sine waves. When more power is needed, the operating frequency increases, which, in turn, has the advantage that the power density also increases, thus allowing higher peak power when required by the music.
The noise floor in the raw power supply is extremely low but could be even further lowered by the ultra-low noise regulators supplying the different parts of the circuit. The noise of these regulators is measured in a few microvolts respectively nanovolts, which is significantly lower than the noise level of conventional regulators.

A CABINET WITH EXCELLENT SONIC QUALITIES

The S-580 incorporates a pure copper inner chassis which mitigates the effect of hysteresis. Hysteresis is commonly accepted as a phenomenon that designers have to live with but Aavik decided to tackle it directly, which is difficult and expensive to do. This technology is unique to Aavik and results in ultimate clarity and unrestrained signal flow. Once you’ve heard the difference, your brain acceptes the new possibility and it is difficult to go back to traditional chassis technologies. 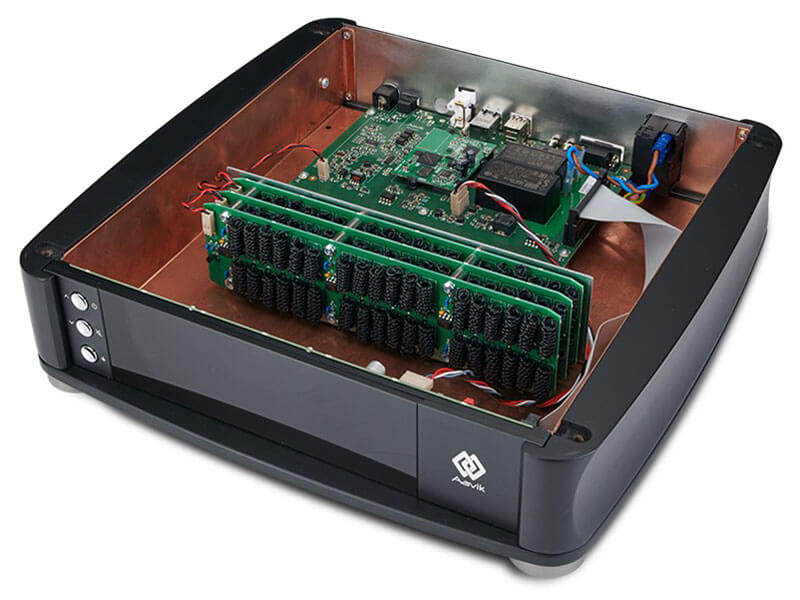