Norma is based in Cremona, Italy… a place where music has always played an important role, being the home of Monteverdi, Ponchielli, Stradivari, Amati and many other artists. Inspired by this rich musical history, designer Enrico Rossi has been creating sophisticated audio amplifiers for more than 20 years, merging technical skill and musical sensitivity in the same way in which the best musical instruments are made. Listening to a NORMA product can convey this experience better than words. Digital sources and solid state amplifiers that deliver extraordinary musicality and a total lack of listening fatigue.

Every once in a while, a company is ‘discovered’ that makes such wonderful sounding audio equipment, that we find ourselves asking ‘why didn’t we know about this brand before?’. Norma Audio Electronics is one of those brands, steeped in heritage, slowly gaining popularity outside Italy as enthusiasts spread the word. Audition… and be prepared to fall in love. 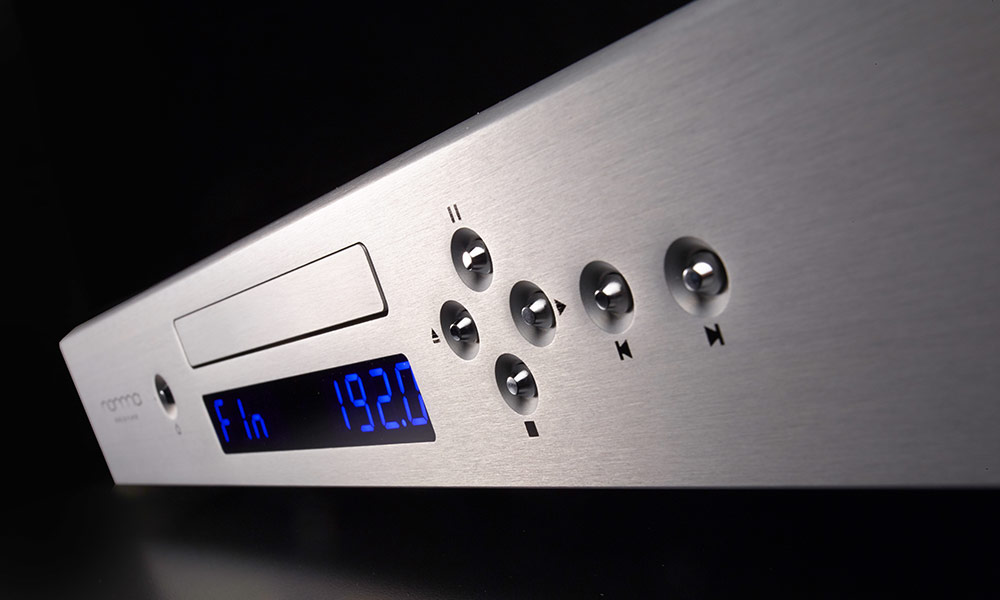 Norma incorporates a modular design approach which gives you the option of choosing the piece of equipment that you want and then adding the extra functionality that you need.

The REVO SC-2LN preamplifier can be ordered with the following options if desired:

The REVO IPA integrated amplifiers can be ordered with the following options if desired:

Norma also offers a range of digital sources and amplifiers that are half the width of the REVO range for applications where space is limited.

All Norma products are available in a black finish which attracts a slightly higher cost and they also manufacture a range of audio stands.

Please contact Nirvana Sound or its dealer/partner network for more information on the range of options offered by Norma Electronics. 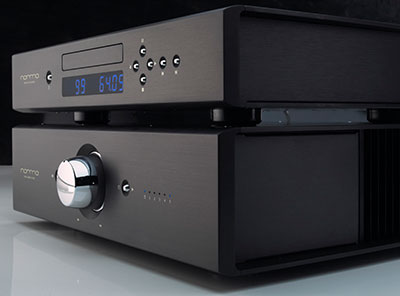 The origins of the NORMA brand go back to 1987 and the first product to be launched in the market was the NS123 amplifier which quickly gained a reputation for excellent sound quality. In 1991 NORMA was bought by OPAL ELECTRONICS, which started a seven year research and development project, resulting in a completely new range of products. Norma designers were particularly interested in the role of electronics in the audio reproduction chain. They developed an opinion that the quality and design of the electronics play a greater role than people are usually led to believe.

The new range of NORMA products was introduced at Milan’s Top Audio Show in 1997. Since that time, the products have been constantly updated without deviating from the original philosophy. Norma ensure that their products remain in catalogue for a long time, partly because they do not need to be updated and also to preserve the investment made by clients. After a few years the IPA integrated amplifier series was introduced, and only lately the REVO series was added, easily recognizable for the original and refined design. 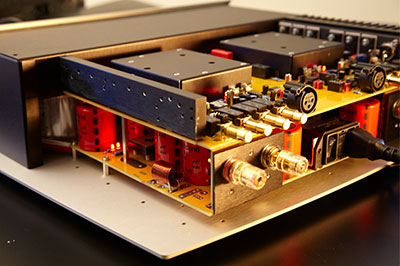 The Influence of the Place of Origin

The place where NORMA products are crafted have had and still have a great influence on the designers and the products themselves. Cremona and its surroundings have profound musical roots and nowadays music is still a very important element of the city’s cultural background. Cremona was the place where artists like Claudio Monteverdi and Amilcare Ponchielli lived and worked. The influence of Giuseppe Verdi is important too, as places like Roncole Verdi, Busseto and Sant’Agata are only a few kilometers away, and the Masters often visited the city.

Legendary violin makers Antonio Stradivari and the Amati and Guarneri del Gesù families lent their talent to this city, leaving a great tradition from which derived the highly qualified International School of Violin Making and the numerous shops, owned by luthiers coming from everywhere in the world. Cremona is also the home of the Musicology Faculty which holds annual awards for the best crafted musical instruments. 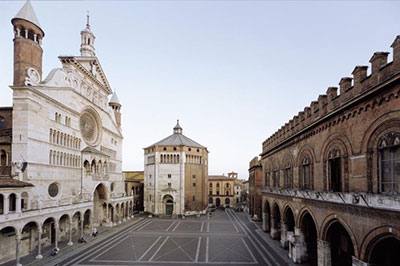 NORMA’s objective is to utilise craftmanship & quality techniques to create products that reflect their definition of ‘musical reproduction’. This concept is the synthesis of such elements as neutrality, lack of artificiality and respect for the dynamics and timbre of the original execution. In other words, a minimalist approach. Believing that the original signal contains all the beauty that will bring emotion to the listening experience, the intention is to therefore manipulate the original audio signal as least as possible.

The musical message receives maximum reverence. It does not need to be reinterpreted and nothing ‘more pleasant’ needs to be added. All the design decisions, component choices and technical applications strictly serve this vision. Trends and design fashions are ignored as Norma strives to perfect this design vision. 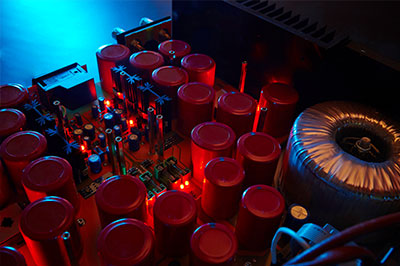 Over the years, people hearing NORMA products have often asked ‘what is the secret?’. Enrico Rossi believes that there are no secrets, just a design that has been honed to best reflect his philosophy. But over time he concluded that as often happens, what’s really important isn’t obvious to people who are not engrossed in the design process.

What’s the secret to the Stradivarius sound? After exploring all possible combinations of wood, aging and lacquer, we still don’t know. Perhaps the real secret was the designer’s sensitivity, taste and love which intuitively or strategically guided very specific choices. In the absence of such intense desire, none of the available materials and processes would have ended up being shaped as they were.

Enrico believes that the influence of audio electronics on the outcome of audio reproduction is much greater than commonly assumed, and he believes that there is discernible proof, once you have ‘educated your ears’. It took him seven years and a concentrated R&D project started in 1991 to quantify how hifi gear compromises signal purity. Enrico’s company Opal began manufacturing Norma gear in 1997 but it had already built measurement equipment, equipping him with the necessary tools to study these details.

“The human voice and song are one of my greatest passions. Listened to attentively, the correct reproduction of the human voice is one of the most difficult tasks. If the recording quality allows, the micro/macro dynamics of a beautiful voice are incredible as are the richness of detail, expressive nuances and delivery refinement. And unlike other musical instruments the human voice is known to all. This enables immediate comparison. It’s why I often use the human voice in the development of Norma gear.” 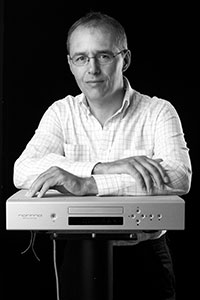 The elements of audio electronics which influence sound span circuit type/topology, parts quality, mechanical engineering, power supply as well as the interdependence and synergy of the system as a whole. It’s imperative to have the broadest possible understanding to properly gauge how particular choices interact. To design a winning Formula 1 car, everything must be perfectly integrated and of the highest quality, from the engine to the chassis, suspension, tires, driver, pit team and more. During their seven year R&D project, NORMA attempted to investigate the totality of factors influencing hi-fi sound and how they interrelate. 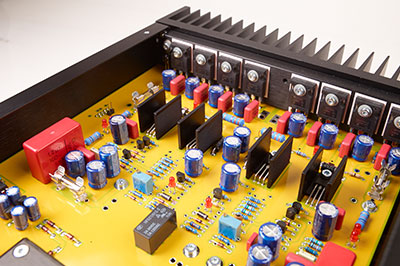 It’s much easier to realise a great electronic design with our ears than to describe its sound using words. The listening experience is unitary, as is everything around us. However, when trying to understand something, we tend to try and separate it into individual factors. By doing this, we inevitably create self-imposed limitations on our experience. For example, if we describe a human body by sectioning its individual organs, we deprive it of its life. By trying to describe the listening experience by dividing it into many separate components we risk missing the emotive impact that, most of the time, is more than the sum of the single parts.

When describing the sound of Norma equipment, reviewers and users around the world describe it as ‘alive’ and ‘effortless’, exhibiting all the great qualities of well-designed solid state electronics like clarity, lack of distortion and control without any of the harshness, etch or glassy artifacts that seem to accompany some designs. Norma products have developed a passionate following amongst audiophiles and are a great example of well-designed, highly reliable modern electronics that represent exceptional value for money. 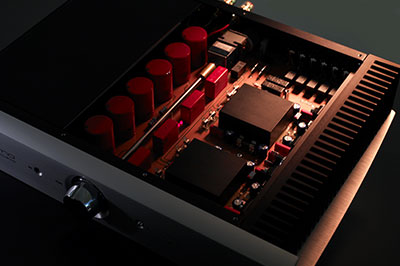