Danish brands have always featured in high-end audio, however a revolution is happening in Denmark at the moment that is catapulting three Danish brands to the very top of the high-end audio world. The brands are Ansuz, Aavik and Borresen (Audio Group Denmark). Once you realise the calibre of people behind these brands, it’s very easy to understand why they are being considered ‘the most exciting development in high-end audio in decades’.

Lars Kristensen (Nordost) teamed up with talented designer Michael Børresen and together they founded Raidho. Michael & Lars then created a revolutionary new cable technology and launched Ansuz Acoustics to critical acclaim, followed by Aavik Acoustics which showcased an approach to audio electronics that many people believe represents the future of high end audio. After their time with Raidho came to an end, they started Borresen Acoustics with the aim of implementing a new level of technological advancement in speaker design. With a team of over 35 specialist people working out of a 1,200m² factory in Aalborg, Denmark, these companies are growing, rapidly fuelled by the sonic excellence of their products.

Aavik launched the astonishing U-300 unity amplifier which immediately gathered awards and ‘best of show’ accolades. Recently, they introduced the 180, 280 & 580 series of electronics, offering audiophiles three levels of technological excellence.

Legendary audio designer Flemming Rasmussen, founder and former owner of Gryphon Audio Designs, has now joined Michael Borresen at Aavik and the pair are working on new designs which promise to raise the standard of what can be expected from audio electronics.

By drawing on the experience and extensive R&D of sister company Ansuz-Acoustics™, Aavik have employed their ground-breaking noise cancelling technologies and fitted all electronics with Tesla coils, dither circuitry and anti-aerial resonance coils. They incorporate the patented UMAC™ amplifier technology among a long list of innovations and unique technologies. Audiophiles around the world have experienced a new level of clarity and distinct information flow that results in even the finest details of timbral and textural nuances audible on an extremely quiet sound stage.

If you are searching for an audio electronics company that is pushing the boundaries of audio design, Aavik Acoustics stands head and shoulders above any other high end audio manufacturer operating today. There’s a new Sheriff in town! 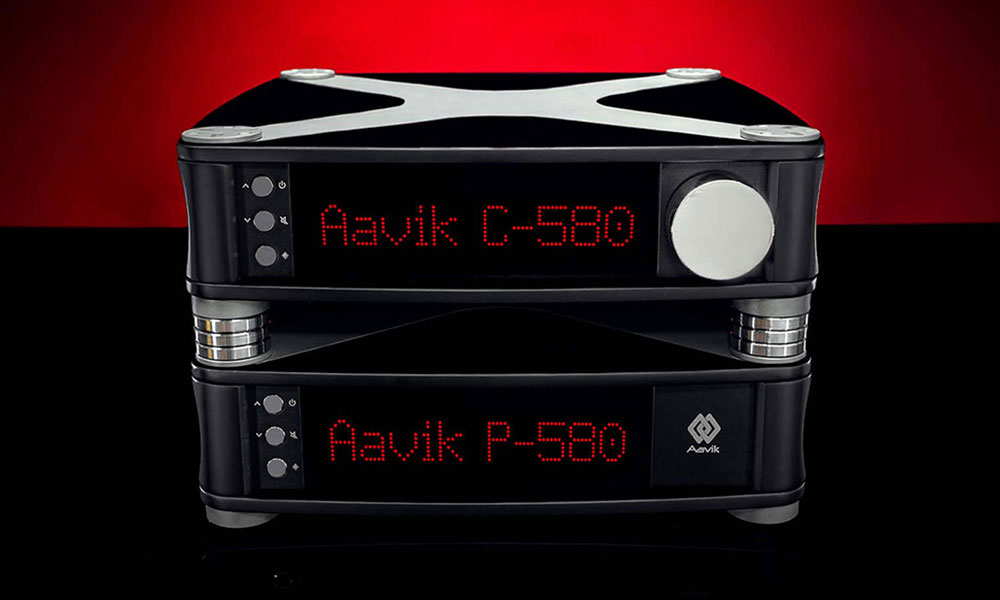 The Aavik aesthetic is Scandinavian understatement which expresses simplicity and minimalism. Keeping buttons to a minimum, the design is uncluttered and elegant. The multi-function main knob allows the navigation and control of the various functions. A distinguishing design feature of the new Aavik series is a prominent red display, which makes it easy to read all the details of the selected operational settings from a distance.

When aiming for ultimate resolution, all the little details become important. For example, very few manufacturers consider the effect that the enclosure (box) has on the electronics housed inside. All materials have vibrational characteristics, which is commonly referred to as resonance. Metals (especially aluminium) have a ringing quality which interacts with the sensitive circuitry inside, influences the signal path and deteriorates the sound quality.

Electronics produce and interact with magnetic fields, which is why high-end design involves so much shielding. However virtually no designs compensate for a phenomenon known as ‘hysteresis’, which is the effect experienced when magnetisation of ferromagnetic substances (metals) due to a varying magnetic field lags behind the field.

Aavik has dealt with resonance by utilising a variety of mechanical isolation technologies sourced via collaboration with sister company Ansuz-Acoustics™ who are world leaders in this genre. Furthermore, Aavik designed an innovative natural-based composite material used in the casework (box) of all of its components which reduces mechanical resonances and hysteresis. Sonically, the sound has less distortion, less smear and time domain artefacts. There is a distinctly audible clarity, detail & flow which reflects Aavik’s quest for the ultimate music experience. 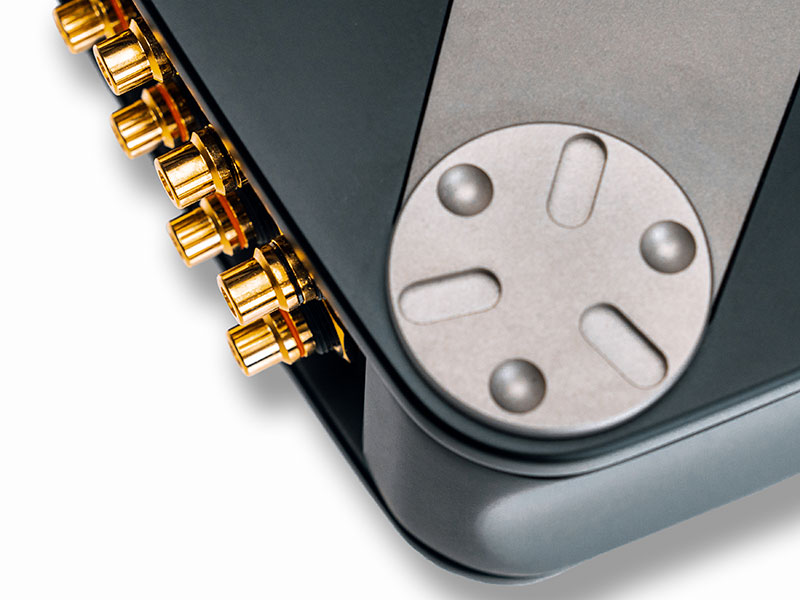 Aavik has designed a new power supply technology that ensures massive power resources with ultra-low noise. Unlike the square waves used by conventional switch mode power supplies, the new Aavik series boast a resonant mode design which is principally driven by sine waves. When more power is needed, the operating frequency increases, which in turn, has the advantage that the power density also increases, thus allowing higher peak power when required by the music. The noise floor in the raw power supply is extremely low but could be even further lowered by the ultra-low noise regulators supplying the different parts of the circuit. The noise of these regulators is measured in a few microvolts & nanovolts, which is significantly lower than the noise level of conventional regulators. 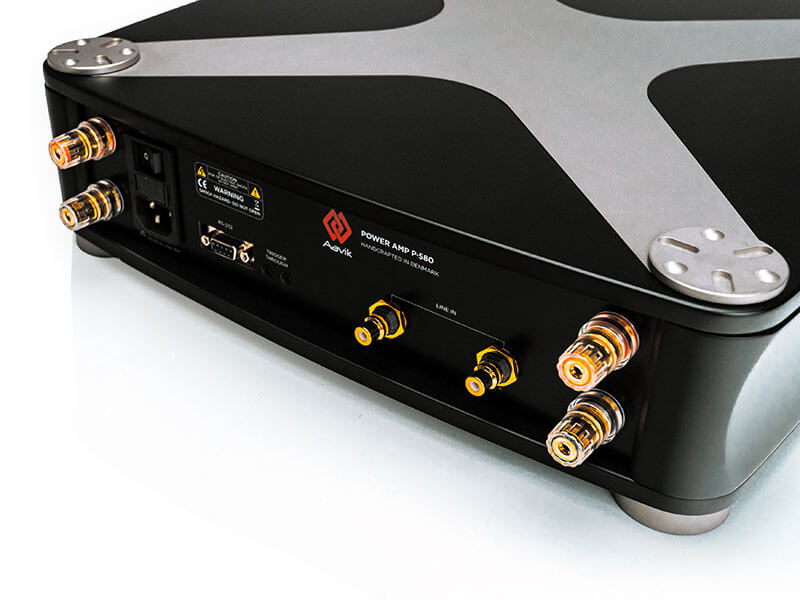 The Aavik audio engineering team drew upon the experience of their sister company Ansuz-Acoustics™ and employed their ground-breaking noise cancelling technologies. All the components in the Aavik range have been fitted with Tesla coils, dither circuitry and anti-aerial resonance coils. Aavik has also designed the top and bottom surfaces on all of their electronic components to accommodate Ansuz Darkz™ mechanical vibration isolation devices, which represent the most effective way of preventing mechanical vibrations moving from component to component. These innovative technologies pave the way for the critical signal to flow without constraints or restrictions. 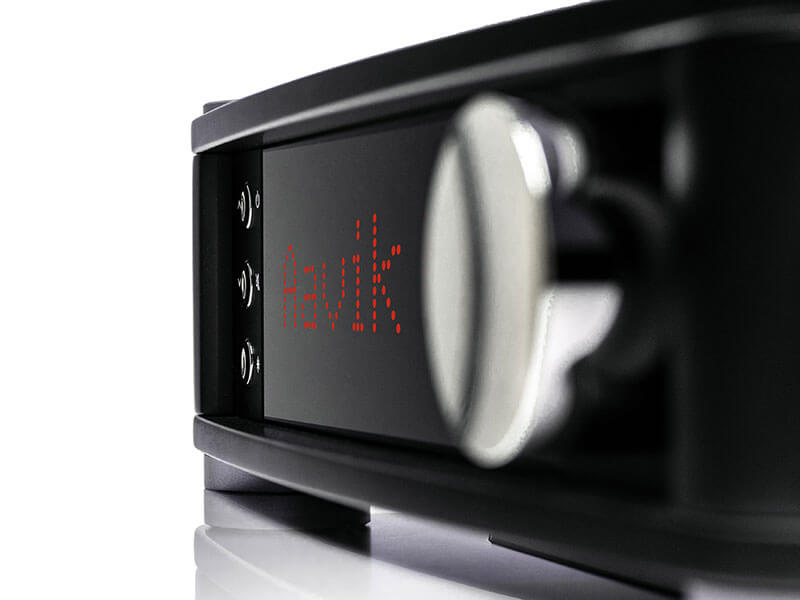 Aavik Acoustics offer electronics in three specifications customised to suit a variety of needs and to ensure that even the most demanding requirements are met. All components have the same shaped casework and thus look almost identical. Their overall design has focussed on reducing the length of the signal path and removing a range of electrical phenomena collectively known as ‘noise’. Both of these key design parameters deliver more energy, clarity, resolution and power to the music.

The main differences between the 3 specifications is the quantity of noise reduction & resonance mitigation technologies that are implemented. The actual circuitry, quality of components and implementation is virtually the same in all models however the number of Ansuz™ Active Tesla Coils, Ansuz™ Active Square Tesla Coils, Ansuz™ Dither circuitry and Ansuz™ Anti-Aerial resonance Coils implemented in each model is different. These unique technologies reduce noise at a level which is noticeable and delivers a great sonic result. They are able to reduce the background to such a level where the most subtle of details can be heard and you will realise how much of that detail is missing from traditional electronics. It is genuinely one of those moments where once you hear it, it re-calibrates what is possible in your mind and you can then perceive the noise in systems you heard previously.

The 580 series has two extra features which elevate its performance to even higher levels and worthy of the flagship label. Its inner chassis is made of solid copper which reduces the electro-magnetic phenomena known as hysteresis, which results in even more energy and power to the music. It also incorporates Titanium Resonance Control technology which reduces mechanical resonance to an unprecedented level and results in greater clarity and musical flow. Each series provides excellent value for money sonically and makes these unique technologies accessible to different budgets. 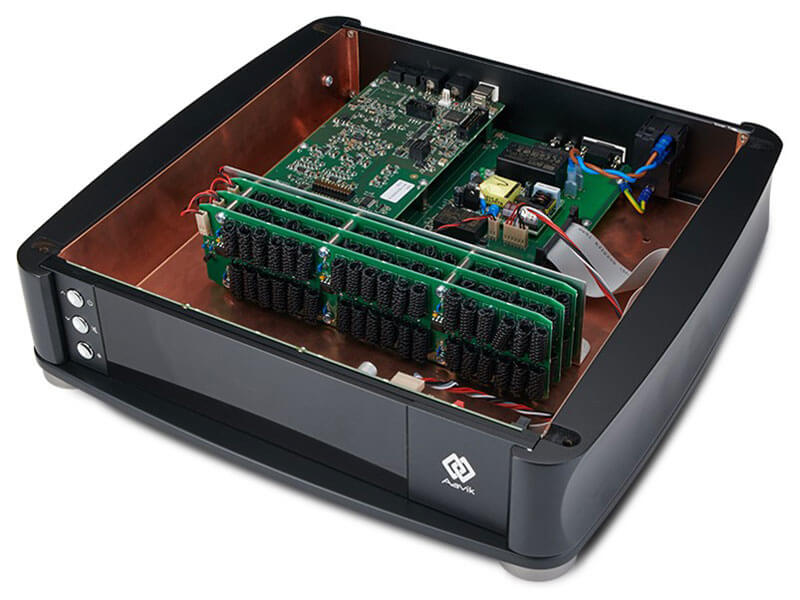